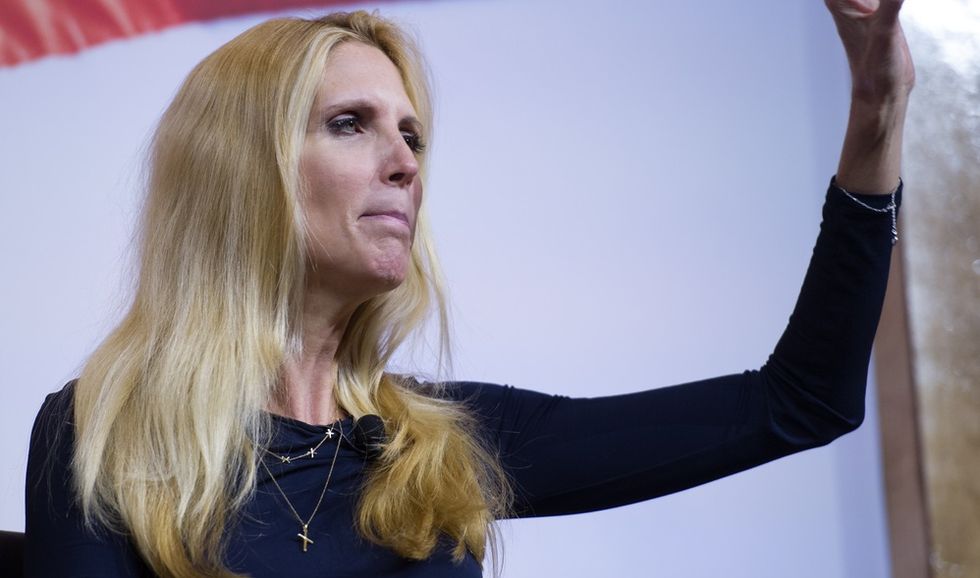 Conservative author Ann Coulter has been one of Donald Trump's staunchest supporters, based mostly on his plans to deport immigrants living illegally in the United States.

In fact, Coulter is such a big Trump fan that she's just published a brand-new book called In Trump We Trust, in which she states that "there's nothing Trump can do that won't be forgiven... except change his immigration policies."

Because of this, it's particularly ironic that Donald Trump broke her trust during an interview with Sean Hannity this week, when he seemed to suggest that his new plan would allow undocumented immigrants to stay in the United States if they pay back taxes. Even more damning, Trump told Hannity that he's learned it would be "really hard" to deport people who have been living in the United States for years without proper documentation.

Coulter flew into a rage on Twitter Wednesday evening and mocked Trump's new stance as tantamount to the "amnesty" proposals that he used to mock candidates such as Jeb Bush and Marco Rubio for backing.

All told, it looks as though In Trump We Trust is headed to the bargain bins faster than any book in history.