Larry Wilmore ridicules Trump's doomed surrogates: 'It's like having to defend Jeffrey Dahmer' 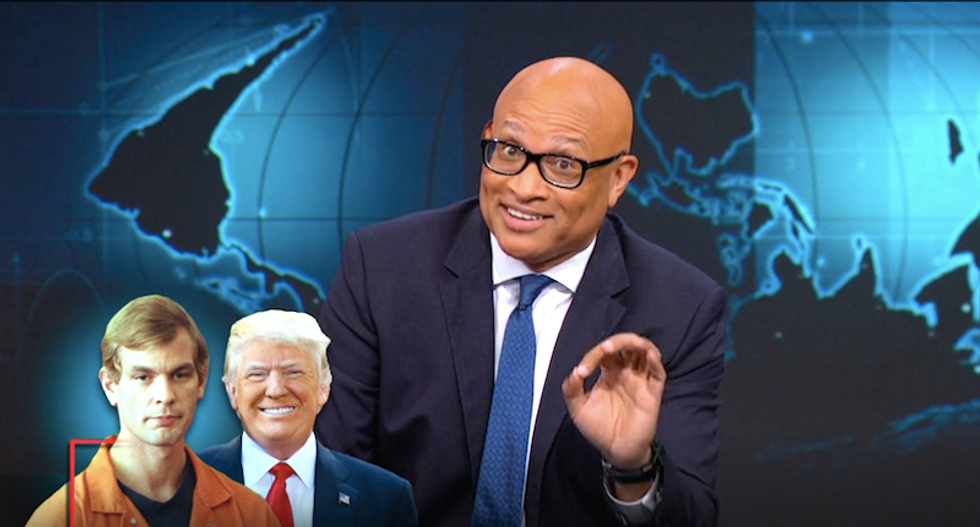 "The Nightly Show" returned after a weeklong hiatus, and host Larry Wilmore said he might need four hours to cover Donald Trump's wild and crazy week.

Wilmore ran through the lowlights -- such as attacking the Muslim family of a heroic fallen soldier, warring with top elected officials in the Republican Party and displaying ignorance of basic facts about significant recent news events -- and then turned his attention to Trump's campaign surrogates.

"His media surrogates have a lot to explain, but they always manage to avoid actually explaining anything," Wilmore said.

He showed a video montage of Trump's surrogates trying, one after the other, to change the subject from the candidate's latest outrageously misinformed statements.

"See how they did that?" Wilmore said. "This is what happens when you drink the Trump Kool-Aid. It's like if you're in the position of having to defend Jeffrey Dahmer. It's like, did Jeffrey Dahmer eat those people? You're asking me if it's fair to judge people based on an eating disorder? I don't think you want me to answer that."