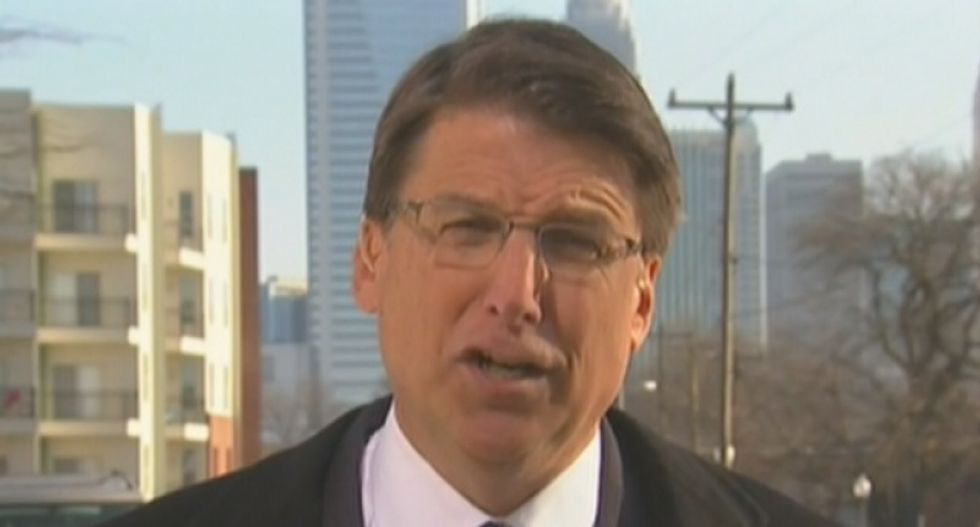 Embattled North Carolina Governor Pat McCrory (R), who is already dealing with blow-back over his state's anti-transgender bathroom law, lashed out at his state's attorney general who is refusing to appeal the overturning of a discriminatory voting law.

According to the Lincoln Journal-Star, McCrory complained that Cooper was not "doing his job."

“We’re very disappointed to hear that again his office is not willing to do his job,” McCrory said. “In fact, I question whether he should even accept a paycheck from the state of North Carolina anymore because he continues to not do his job, as his oath of office requires him to do.”

Through a spokesperson, Cooper -- who is running for governor --  agreed.

“Attorneys with our office put forward their best arguments but the court found that the law was intentional discrimination and we will not appeal,” Noelle Talley explained. "Other parties are adequately represented if they choose to appeal further, although additional appeals would only incur more expense and foster uncertainty with the approaching election and early voting.”

Saying an appeal would be a "lost cause," Cooper instead said the lawmakers should be expanding the ability of voters to vote, not restricting them.

“The Board of Elections needs to work on expanding the early voting hours, making sure that same-day registration is re-instituted, and obviously the voter ID portion would not be allowed any more.” he said. "The bottom line is people will have more opportunities to register and vote, which was the origin of the laws that were passed in the first place — the ones that, it looks like now, were illegally overturned by the governor and the General Assembly.”

McCrory's office indicated he is weighing challenging the ruling to the full 15-member appeals court or taking it directly to the Supreme Court — using outside counsel.