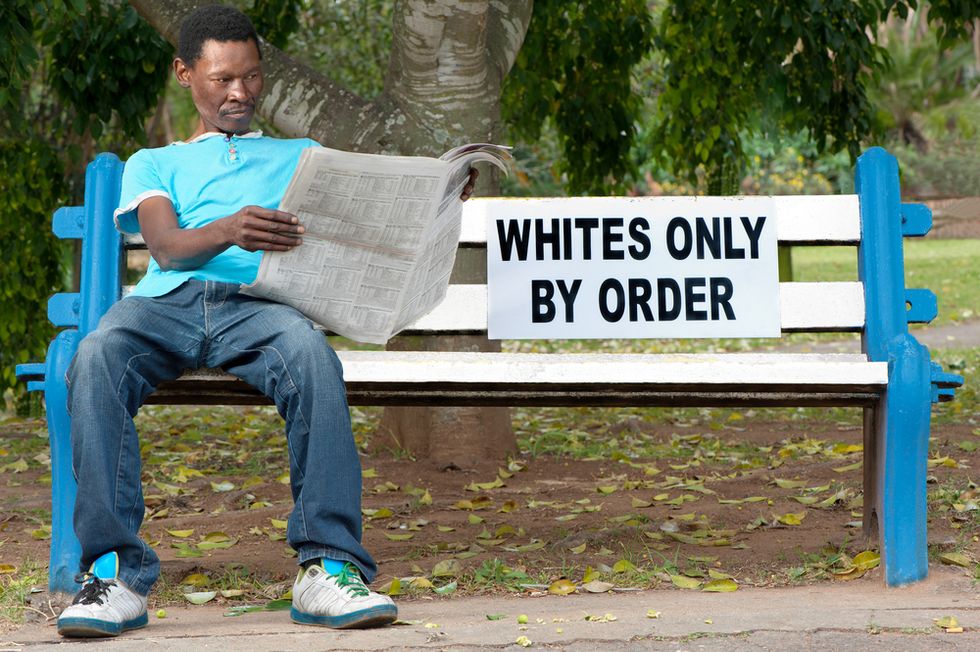 A black man sits on a bench marked "Whites Only" (Shutterstock).

How would you feel if you finally found your dream house, only to discover that the local Homeowners Association wanted you to sign a Declaration of Covenants, Conditions, and Restrictions that banned non-white people from living there?

CBS Sacramento reports that this is what happened to some new residents who moved into the Lakeside Estates community located in El Dorado Hills, California. The Lakeside Estates' CC&Rs was written in 1959 and it still contains language that explicitly says only white people can live in the community.

"No person except those of the white Caucasian race shall use, occupy or reside upon any residential lot or plot, in this subdivision, except when employed as a servant or domestic in the household of a White Caucasian tenant or owner," the clause in the CC&Rs reads.

It's worth noting that this rule is not at all enforced anymore, and there are several non-white people who do live in the community.

Nonetheless, some new families who have just moved to the area found this clause to be "mind boggling," and they're vowing to get the CC&Rs changed.

"I just don’t think in this day and age that’s how things should be, and I just want to set that stage for the world that my kids are gonna grow up in," said Cameron Foster, a new resident to the community who is launching a signature drive among community residents to get the racist language removed from the CC&Rs.

Check out CBS Sacramento's video report on Lakeside Estates below.