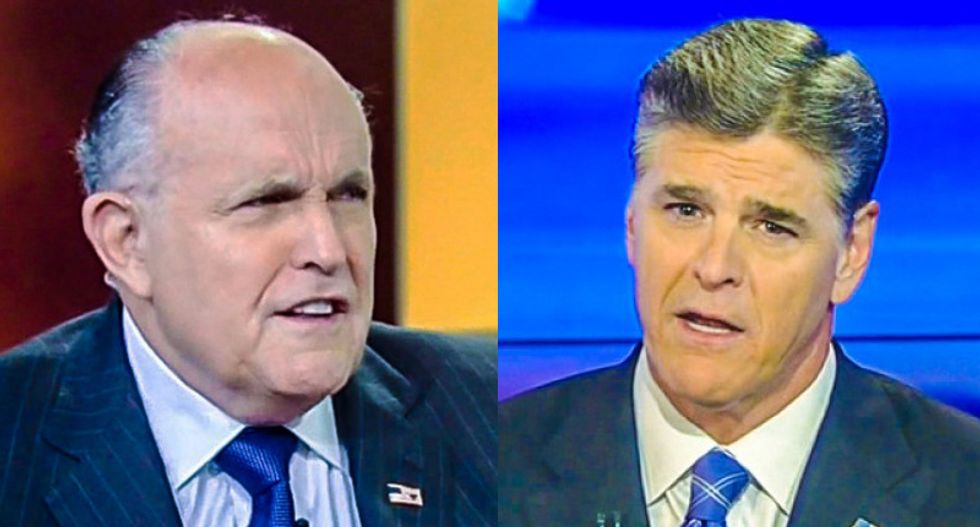 Newsweek reporter Kurt Eichenwald spoke with MSNBC's Joy Reid on Sunday morning on the topic of conspiracy theories that Democratic presidential nominee Hillary Clinton is gravely ill and too sick to serve as president of the United States.

Eichenwald slammed Fox News host Sean Hannity and former New York City mayor Rudy Giuliani as "amoral sociopaths" for their dogged refusal to give up on trying to diagnose Clinton via videotape and thereby diminish her in the eyes of the voting public.

Reid played a clip of Hannity and others ghoulishly dissecting a snippet of video from the campaign trail and then asked Eichenwald what he makes of it.

"I make of it that they're a bunch of amoral sociopaths," Eichenwald responded. "It's the kind of thing you'd expect to hear about in the late 19th century. These people owe an enormous apology."

Last week, Eichenwald -- who has seizures from epilepsy -- wrote an editorial excoriating Hannity and his cohorts for suggesting that Clinton is having seizures and is therefore unfit for public office.

“Fuck you, Sean,” he wrote. “Your willingness to deceive your viewers -- to degrade those of us with epilepsy, to suggest something is a seizure when it looks nothing like one, to leave people dumber about this condition -- is unforgivable.”

On Sunday, he said "drop-outs like Sean Hannity" have no business attempting to assess anyone's medical condition, especially via video.

"Doctor Katrina Pierson, there, attempting to make a diagnosis," Reid joked. There is no such thing as "dysphasia," however, there is aphasia, defined as "an impairment of language, affecting the production or comprehension of speech and the ability to read or write." It is always associated with brain injury of some kind, most often from a stroke.

"The idea of even naming a condition that they think she has," said Reid, "what do you think of that?"