Overseas companies bankroll the NRA -- where is the conservative 'pay-for-play' outrage? 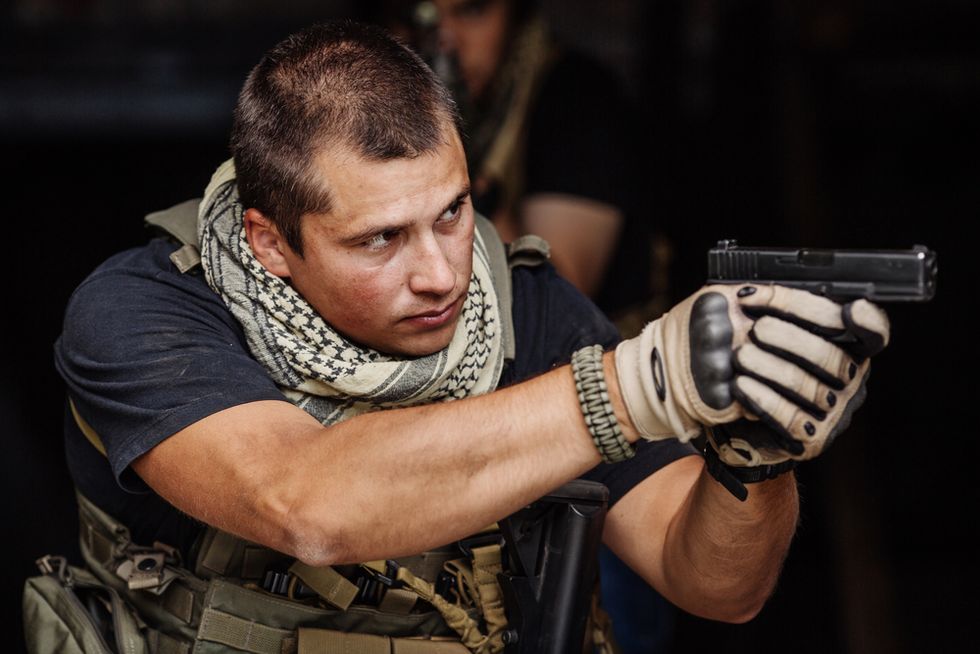 Part of the "controversy" surrounding the Clinton Foundation and its ties to Democratic presidential nominee Hillary Clinton when she was serving as Secretary of State revolves around accusations of "pay for play."

Clinton critics and conservative demagogues are attempting to create a scandal based in allegations that foreign donors to the foundation were attempting to gain sway with the U.S. Department of State and influence policy decisions.

DailyKos blogger Bethesda 1971 raised the question on Monday as to whether an organization like the National Rifle Association (NRA) -- which takes in nearly half of its corporate donations from foreign firms -- is granting its foreign donors a say in U.S. policy.

The blogger went on to note that, according to Mother Jones magazine, 46 percent of the NRA's contributions come from foreign arms manufacturers and dealers.

"Based on available figures, we estimated that nearly half of the group's gun company donations come from foreign manufacturers -- the proportion rises substantially if you include donations from Springfield Armory, an American company whose top-selling XD pistol, one of the nation's most popular handguns, is a relabeled Croatian weapon," wrote Mother Jones' Josh Harkinson and Jaeah Lee.

The NRA pushes its policy agenda relentlessly to the most powerful politicians in the country. It supports candidates who will implement this agenda and undermines candidates who will not. It's hard to imagine a non-government entity that receives as much deference from U.S. politicos than the NRA.

Conservatives fear losing their "A" ratings from the lobbying group, which has steadfastly blocked legislation in all forms that would place any barriers between citizens and easy access to whatever firearms they want.

Gun safety group the Violence Policy Center said in 2013 that 74 percent of the NRA's total revenues come from corporate donors. Under a program launched by the lobbying group's Executive Vice President Wayne LaPierre, the NRA streamlined to process by which companies can align themselves with the gun group and join its board of directors.

A corporate recruiting brochure said, “National Rifle Association’s newly expanded Corporate Partners Program is an opportunity for corporations to partner with the NRA...This program is geared toward your company’s corporate interests.”

"Whatever your company's interest," promises the NRA Corporate Partners website, "we have a fund to support it."

In the case of companies situated abroad, how much are these foreign players influencing the NRA's decisions -- and thereby U.S. policy?