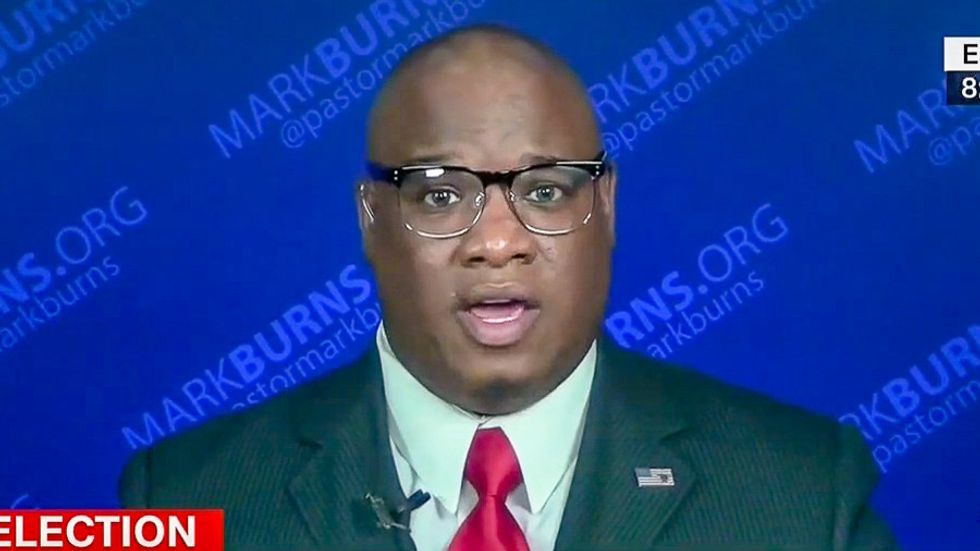 Pastor Mark Burns, a surrogate for Republican presidential candidate Donald Trump, told CNN that he did not realize that a cartoon depicting Democratic nominee Hillary Clinton in blackface would be "divisive."

In an apology posted to Periscope on Monday, Burns explained that he regreted posting the controversial political cartoon, which he said was meant to show that Democrats "were using black people just for their votes."

"It was never my intention to hurt anyone or to offend anyone," Burns insisted to CNN host Alisyn Camerota on Tuesday. "Obviously, my message, I stand by. But the methodology, I do not."

Camerota noted that Burns also tweeted a hoax photo that he claimed showed Bill Clinton standing next to Hillary Clinton in blackface.

"Of course, I didn't have the correct information knowing it wasn't Bill Clinton," Burns said. "I think that's what the true message of grace is that once you discover new information, you change your opinion and get back on the right path. And that's what I'm doing right now to the whole world."

"My job as a pastor is to draw people together, not to push them away," he continued. "And once I began to discover how it was pulling people apart, it is completely contrary to the message of unity that I've been declaring around the world -- speaking at Mr. Trump's rallies around this country -- is that we as Americans should be focusing on the colors that unite us and not those colors that divide us."

"It was, in hindsight, a horrible image to use. For me, the blackface wasn't the focal point of the picture. For me, when I saw it, it was showing how Hillary Clinton and the Democrat [SIC] Party panders after the black vote."