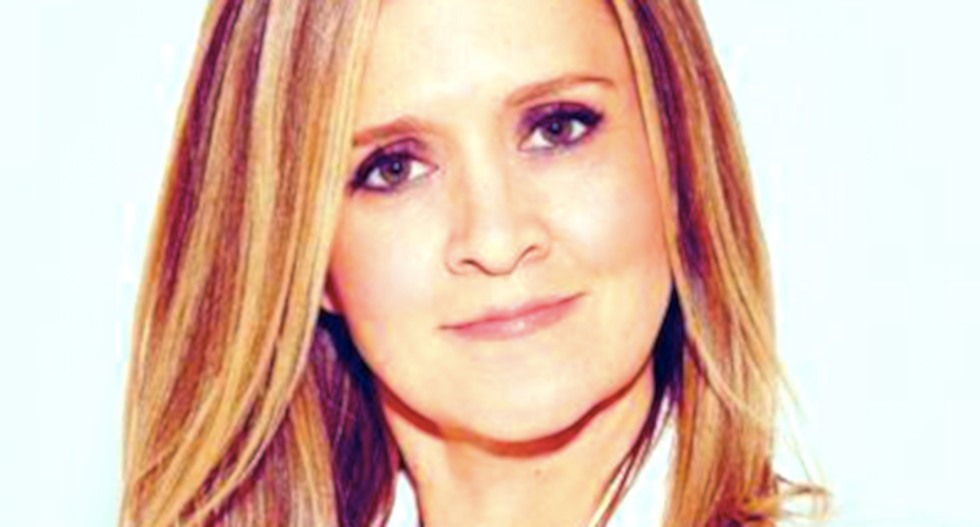 Samantha Bee picked a hell of a year to start her own political comedy show.

The Full Frontal host, who's taking a break from her TBS program to vacation with her family, told The Daily Beast that it's nearly impossible to write about the election before the show.

"Right now I’m writing something for next week and as you’re writing and thinking about things you’re going to talk about, it’s occurred to me that there’s no point in writing anything about Donald Trump in advance because he moves the needle so much on a day-to-day basis," Bee told the website.

"What you write right now will not be fresh tomorrow," she continued. "Each day is a complete reinvention of reality. It’s so uncommonly sad, strange, and impossible to follow. I feel like the ground is moving underneath my feet all the time -- and I think everybody feels that way. It’s hard to even analyze what he’s up to because it just changes so much. My god!"

She described Trump, who many Americans first became aware of on TV's "Lifestyles of the Rich and Famous," as a "1980s-style chauvinist" and a less-than-worthy opponent for the Hillary Clinton -- the first woman presidential nominee for a major U.S. political party.

"She’s going up against a character from the end of 'Boogie Nights,' basically, and here we are reaping the comedy benefits," Bee said. "It’s hardly funny anymore, though. It’s amazing that he says and does such offensive things, and every new day he says something more offensive that you forget about all the offensive things he’s said before it. You can’t even enumerate them."

Bee said she would almost certainly tackle the so-called "alt-right" movement of internet racists who back Trump and bully critics -- especially after the Republican nominee named Steve Bannon, who runs the right-wing Breitbart website, as his campaign CEO.

"We definitely live in a trolling culture now," she said. "The amount that I get trolled is unbelievable. There’s so much abuse, and so much stuff that goes on. It’s very ugly right now. Very. And it feels very unrestrained in a way that feels new, also. I’m not sure how much goodness it’s putting back in the world -- I would say none. I think it’s erasing goodness from the world. You can’t even engage with it on a certain level, because there’s no amount of -- I don’t know. It’s an interesting world to live in. I want my children to never go on the internet!"