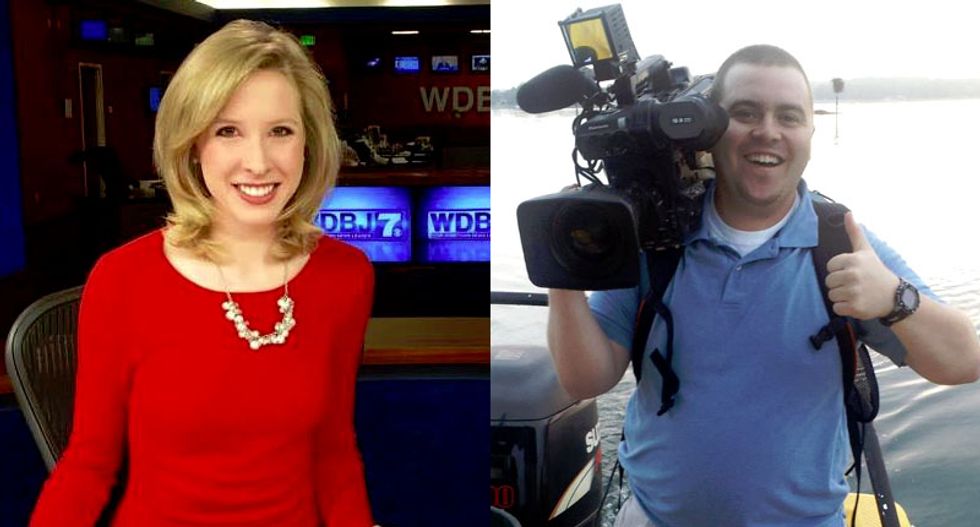 The father of a Virginia reporter who was gunned down on live TV, tore into GOP presidential nominee Donald Trump on the one year anniversary of the death of his daughter for opposing any new restrictions on guns in the U.S.

In an opinion piece in the New York Daily News, Andy Parker recalled the death of his daughter, Alison Parker, who was slain along with her cameraman Adam Ward while on an assignment last year.

Saying "not a day goes by" that he and his family aren't haunted by the horrific shooting death of his daughter Alison by an angry co-worker, Parker began by attacking the NRA for using their political firepower to control "too many politicians."

"There is no new meaningful common-sense gun legislation passed at a federal level, and terrorists on watch lists can still buy weapons even if they can’t board a flight," he wrote. "The NRA, however, continues spouting the myth that Hillary Clinton and other political leaders advocating gun sense want to abolish the Second Amendment. How many times do reasonable people have to say, 'No one is coming to take your guns away and if you can pass a background check, you can buy a firearm?'”

He then hammered Republicans who are in the pocket of the gun lobby, singling them out for walking in lock-step with GOP presidential nominee Trump whom he called an "orange-faced Fuhrer."

"Politicians like Paul Ryan, Mike McCaul and Bob Goodlatte know better," he wrote. "They’re not knuckle-draggers waving Confederate flags at Trump rallies, but they still fall in lockstep behind their orange-faced Fuhrer who promotes this 'assault on the Second Amendment' nonsense. Their bloody hands are egregiously in the pockets of the NRA and they are afraid to pull them out."

According to Parker, he and his wife have met with Hillary Clinton and her running mate, Tim Kaine, pointing out that the Democratic Party -- unlike the Republicans -- are no longer afraid to take on the NRA.

"Democrats are no longer running away from guns. It’s now part of the national conversation and the media has made good on my challenge," he wrote. "We are still a long way from real change, but we are getting there. Being free from fear of going to the movies, or to school, or to a house of worship is a civil right. Our fight to be free of gun violence is the same fight for civil rights in the ’50s and ’60s, or marriage equality in this decade. Momentum is on our side and it’s only a matter of time until we prevail."