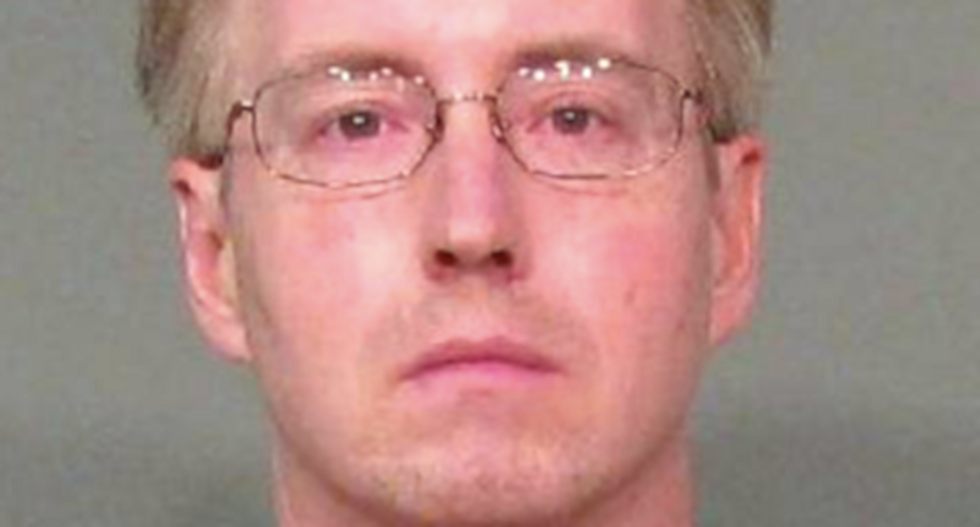 A longtime conservative activist will spend up to two years in prison after he admitted to collecting hundreds of sexually explicit images of children -- but defense attorneys blamed his autism and depression.

Christian Hine, of Fort Mill, S.C., spoke out against the Affordable Care Act, toll roads and taxes to build sports arenas, and the former president of a local Tea Party group promoted candidates such as Rand Paul, Greg Brannon and Dan Forest, reported The Herald.

But the 39-year-old Hine was arrested in June 2015 after FBI agents raided his home and seized his electronic devices, where investigators found more than 700 images showing children involved in pornography.

Authorities said those photos had been shared thousands of times for more than a decade.

Hine's attorneys argued that he had only about half that number of photos, and they said his autism disorder had left him unable to communicate well or socialize normally with others.

They said that caused him to become addicted to pornography, which then led him to search for images of children instead of adults.

“His descent into depression and pornography abuse was as swift as it was tragic,” wrote his attorney, Johnny Gasser. “It’s difficult to understand how Christian ended up in such a terrible place."

Hines pleaded guilty to 10 felony charges in connection with the case, and he was ordered to spend at least two years in prison.

After he's released, Hines must register as a sex offender and go through three years of probation.

If he fails to complete the terms of that sentence, Hines could be ordered to spend up to eight more years in prison.

His lawyers had asked the court to sentence Hines to house arrest, but the court disagreed with their recommendation.

Hines, who has worked for a lumber mill and as an Uber driver since his arrest, accepted full responsibility for his action in court, the newspaper reported.

Some of his former co-workers at a U.S. Postal Service processing plant and conservative activists who knew Hines asked the court to show mercy in sentencing.

A doctor testified that Hines was not likely to re-offend after undergoing treatment, which he's been doing since his arrest.