'That's a guy who knows he's going to lose': Morning Joe thinks it's time to stick a fork in Trump 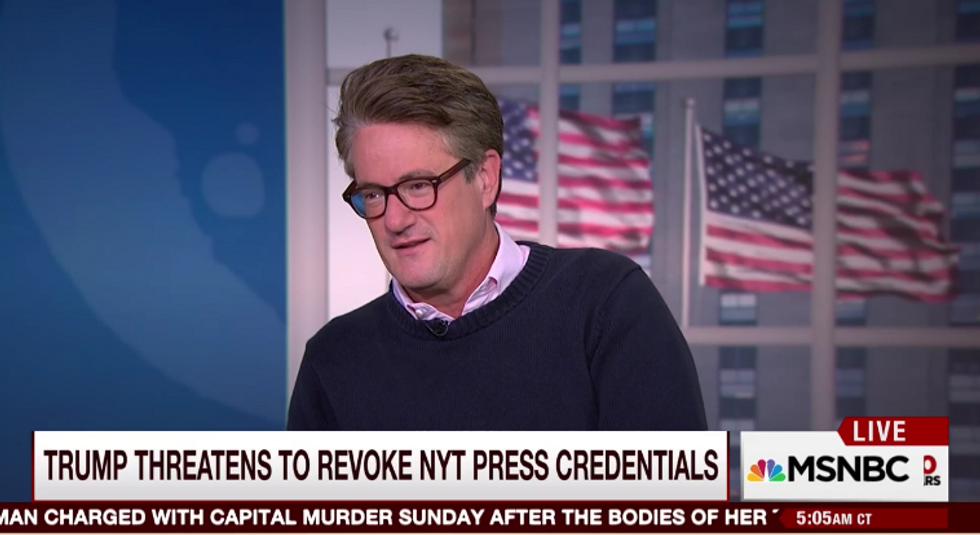 It's still only mid-August, but Donald Trump is already behaving like a candidate who knows he's going to lose.

On Morning Joe on Monday, co-host Joe Scarborough railed against Trump's decision to keep picking fights with media organizations such as the New York Times over their reporting on his faltering campaign.

Scarborough played clips of Trump telling rally goers that the Times is a "failing" newspaper that's going to be "out of business very soon."

"These are the most dishonest people," Trump said of the Times' reporters. "The good news is... the newspaper's going to hell. They've got a couple of reporters at the newspaper who are so bad, with, I mean, lack of talent."

"That's a guy who knows he's going to lose," he said. "I don't know that he's ever wanted to win but it's just... sad and pathetic, what's going on out there, if you are a Republican and you would actually like to control one branch of government after this election."

Scarborough finished by saying that Trump has been "even below" his own expectations because "he's been on his absolute worst behavior over the past month."

"This is a guy who's in self-destruct mode," the Morning Joe co-host concluded.