Trump campaign sources freak out to ABC News: 'It's almost as if Donald Trump is trying to lose' 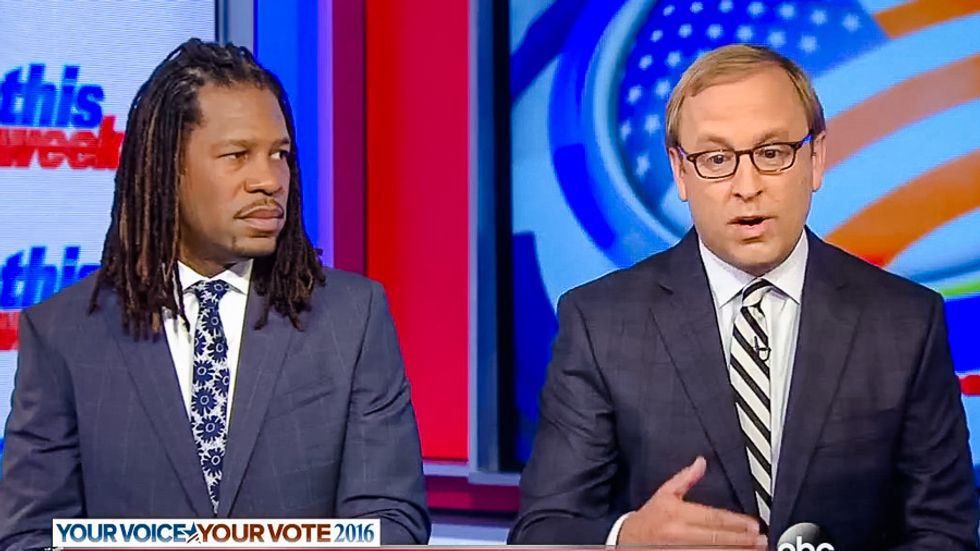 During a Sunday panel discussion on ABC's This Week, correspondent Jonathan Karl reported that Trump supporters feared the worst after the candidate undermined his own campaign with weeks of gaffes and unforced errors.

"Let's be honest, he does face a hostile news media," Karl explained. "And that's not surprising. We have have a candidate who bans news organizations from his events, a candidate who calls the press despicable and disgusting, a candidate who in every single stump speech I've ever seen has lashed out at the press."

"But Donald Trump's problems are not because of media coverage," he continued. "I've talked to people in the past week -- people who are very much on the Trump train -- advisers outside the campaign, even some advisers inside the campaign who think that it as almost as if Donald Trump is trying to lose."

"There is absolute frustration in his inability to get on message and win a race that many of them believe is eminently winnable."