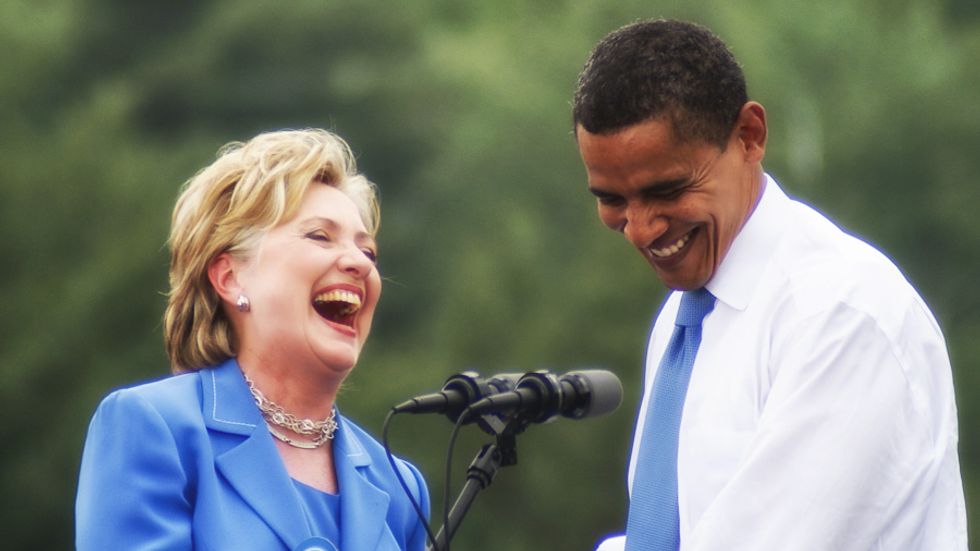 A white nationalist radio host who was credentialed by Donald Trump's campaign to cover the Republican National Convention recently argued that Hillary Clinton was violating God's law by running for president -- and that women should not even have the right to vote.

James Edwards, host of The Political Cesspool, reflected on Chelsea Clinton's speech at the Democratic National Convention and opined that Hillary Clinton could "not be the mother God wants you to be" because she was an "extremist radical, feminist."

“Should Hillary Clinton be president of the United States?” Edwards asked his listeners, adding that "under God’s law, a woman should not even have dominion over her household."

"There are natural roles and abilities that men and women have that are God-ordained and together, they are complementary of one another, and together, a man and a woman can raise a family," the radio host insisted. “The husband is the ruler of the house under God’s law, and that’s the law that I abide by,”

Edwards went on to assert that the country would be "better" if women did not have the right to vote.

"I mean, ask yourself that because we see women are so — even more than men, and even though men now — need this status, they need to be accepted, they need food, water, shelter, and status in order to survive, but women especially need that," Edwards said. "You know, I think the model before suffrage was a husband and a wife come together as a unit and the man casts the vote for that family."