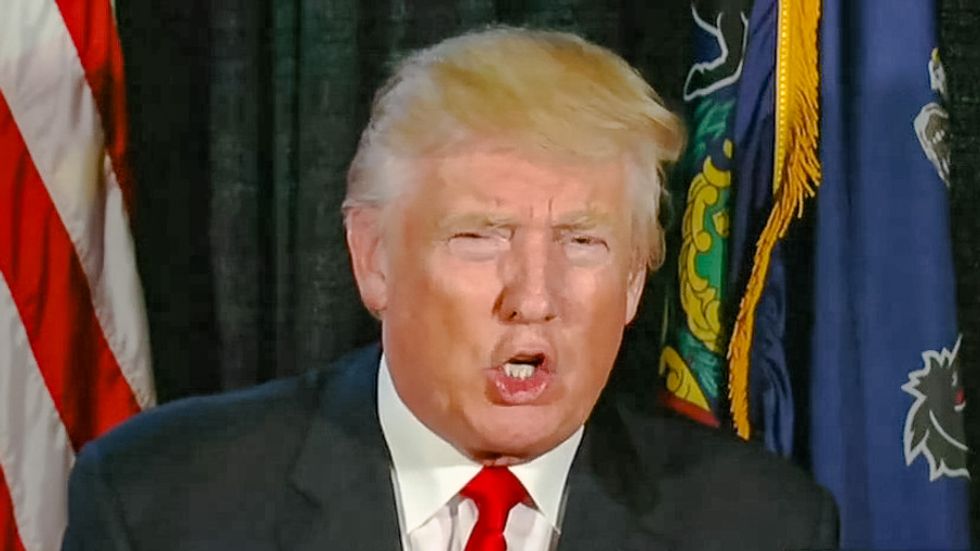 Republican Donald Trump said on Monday he would work closely with NATO allies to defeat Islamic State militants if he wins the White House, reversing an earlier threat that the United States might not meet its NATO obligations.

In his second big policy speech in as many weeks, Trump said he would wage a multi-front "military, cyber and financial" war to defeat Islamic State.

"We will also work closely with NATO on this new mission," said Trump, whose remarks about the defense organization earlier this summer drew heavy criticism from allies and even some of his fellow Republicans.

But what he called the organization's newly adopted approach to fighting terrorism had led him to change his mind and he no longer considered NATO "obsolete," Trump said. He was apparently referring to reports the alliance is moving toward creating a new intelligence post in a bid to improve information sharing.

NATO has been dealing with terrorism as an alliance since after the Sept. 11, 2001 attacks on the United States.

In a speech delivered in the vital swing state of Ohio, Trump also said that in implementing his call for a temporary ban on Muslims immigrating to the country, he would institute “extreme vetting” and develop a new screening test to try to catch people who intend to do harm to the United States.

As president, he said, he would ask the U.S. State Department and Department of Homeland Security to identify regions of the world that remain hostile to the United States and where screening might not be sufficient to catch those who pose a threat.

Reading from a teleprompter to deliver the speech, he also attacked Democratic rival Hillary Clinton on her record as secretary of state and said she lacked the judgment and character to lead the country.

Trump, a wealthy New York businessman whose volatile campaign has alienated some in the Republican establishment, faced a fresh rebuke on Monday as he falls behind Clinton in opinion polls ahead of the Nov. 8 election.

The Wall Street Journal, a leading conservative voice, said in an editorial he should fix his campaign in the next three weeks or step down. Echoing growing alarm about Trump's candidacy among many leading Republicans, the newspaper said Trump had failed to establish a competent campaign operation.