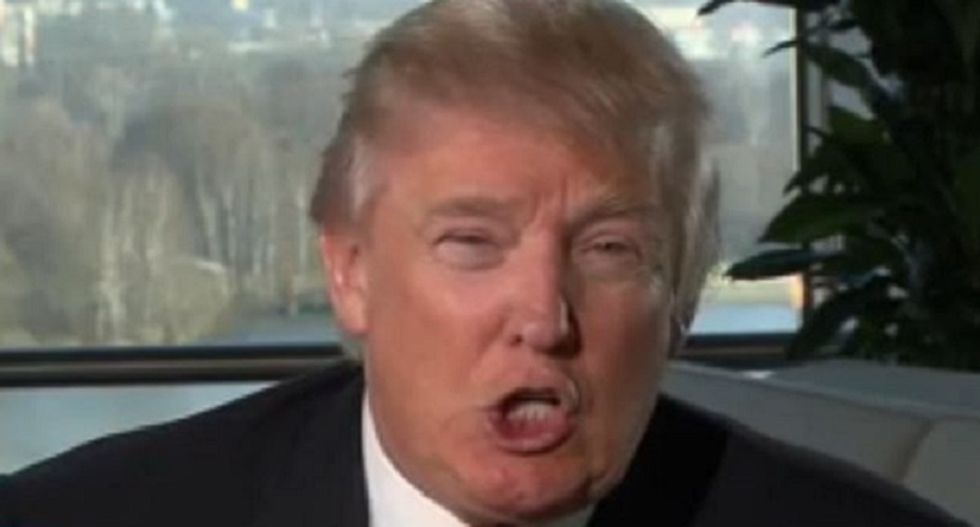 Donald Trump seems to be coming unglued right before our eyes.

One day after Trump insisted that he really meant that Barack Obama was the "founder" of ISIS, the Republican presidential nominee is now claiming it was all one big joke.

In a tweet posted on Friday morning, Trump slammed "ratings challenged" CNN for accurately reporting that "I call President Obama (and Clinton) 'the founder' of ISIS, & MVP."

Trump then ended with a caps-lock flourish: "THEY DON'T GET SARCASM?"

So was Trump really being "sarcastic" about Obama being the "founder" of ISIS? Let's roll the tape.

Right-wing radio host Hugh Hewitt asked Trump on Thursday if he meant that Obama founded ISIS metaphorically — that is, because he pulled out of Iraq, it created a power vacuum that was filled by ISIS.

“No, I meant he’s the founder of ISIS,” was Trump’s reply.

Trump proceeded to repeat his claim that Obama founded ISIS multiple times at rallies throughout the day.

And now he's come back and said it was just subtle irony.

It will be interesting to see what happens when Russia invades Estonia and Trump tries to stop them by telling them he was just being "sarcastic" about not defending them as a NATO ally.

For good measure, Trump posted a followup tweet mocking people in the media who couldn't figure out when he was being serious and when he wasn't.

I love watching these poor, pathetic people (pundits) on television working so hard and so seriously to try and figure me out. They can't!
— Donald J. Trump (@Donald J. Trump) 1471002223.0

Because, you know, saying things whose meanings are hard to decipher is totally a great quality to have as president.