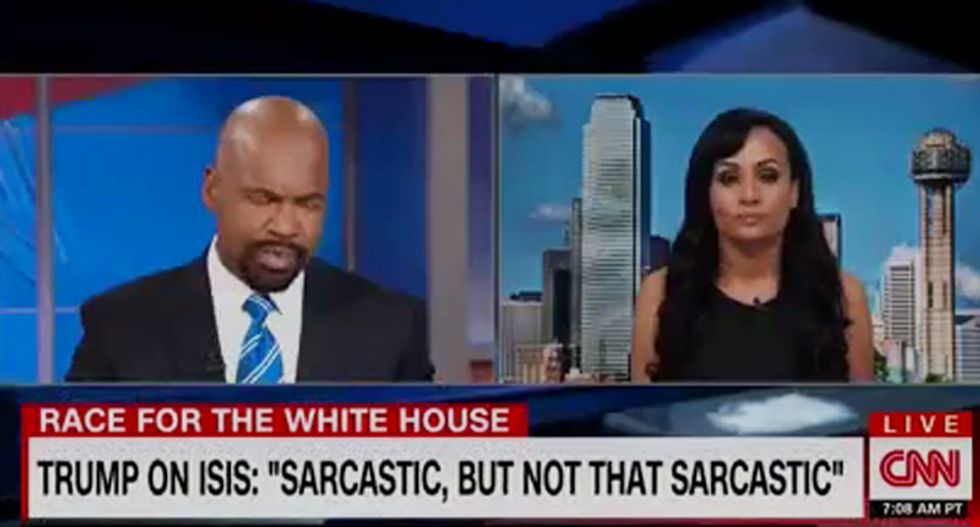 Fresh from defending Donald Trump supposed "sarcastic" remarks that Obama is the "founder" of ISIS, Pierson attempted to explain to Blackwell that Obama also took the U.S. into Afghanistan after pulling out of Iraq.

"If you want to go way back, we can look at the troop surge. And after 2007, al Qaeda was essentially in ashes," she explained. "It was Barack Obama and Hillary Clinton who then destroyed the entire rollout by wanting to pull out early, announcing their plans, ignoring intelligence and that's the reason why ISIS is a global issue and not a --"

Blackwell then interrupted her, "Barack Obama in 2004, is that what you said?"

"You're saying Barack Obama took the country into Afghanistan post-2009. Is that what you're saying?"

As a fact check, the U.S. invaded Afghanistan in 2001 in an effort to overthrown the Taliban.

George W. Bush was president at the time, not Barack Obama, as Blackwell pointed out after the break (see second video)