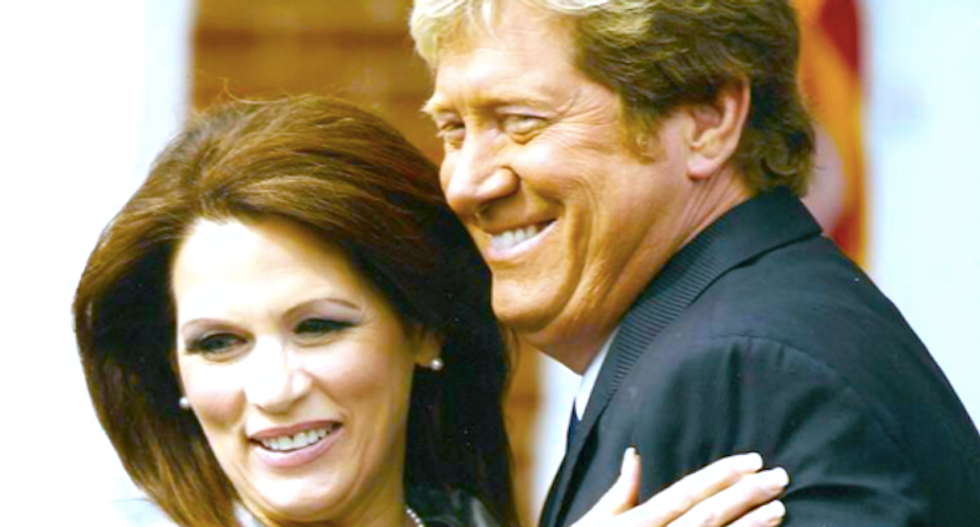 Republican voters in the Minnesota Second Congressional District just nominated former right-wing radio host Jason Lewis as their nominee, despite criticisms from his own party.

Lewis's homophobic and racist rhetoric came back to haunt him when the Deputy Chair of the Minnesota Republican Party weighed in on the candidate's attempt to score the nomination.

In 2009, Lewis complained that “real Americans” believe Hurricane Katrina victims were “a bunch of whiners.” Last year he claimed, “the median income for blacks in America would make them rich in most African nations, not most – all.” He went on to argue that the United States government lacks the authority to outlaw slavery."

“In fact, if you really want to be quite frank about it, how does somebody else owning a slave affect me?” Lewis said in an audio commentary added to his book Power Divided is Power Checked: The Argument for States’ Rights. “It doesn’t. If I don’t think it is right, I won’t own one, and people always say, ‘Well, if you don’t want to marry somebody of the same sex, you don’t have to, but why tell somebody else they can’t?’ Uh, you know if you don’t want to own a slave, don’t. But don’t tell other people they can’t.”

The commentary was added after the Supreme Court declared laws barring couples from same-sex marriages were unconstitutional and not long after Lewis declared his candidacy for the House seat. Lewis has also come out against transgender people using their bathroom of choice, calling it "an abomination."

As Lewis left his radio business, he told listeners he was "going Galt," a reference to the Ayn Rand book Atlas Shrugged. In the novel, John Galt leads a revolt of elite business owners who turn their backs on civilization to build their own society and reject paying into the government system. "Going Galt" is a cry for someone to avoid paying taxes and avoid contributing to a "socialist" society.

Lewis is not only homophobic, not only has controversial views about African Americans and the country's history with slavery, he attacked single women as "ignorant and "non-thinking."

Despite the claim that he was "going Galt," Lewis declared his intentions to run for Congress and has been begging for money for the last year. He's spent their money on things like fundraisers on Capitol Hill, yard signs, print advertising, video production and $6,288 in payroll taxes to the federal government, according to FEC reports.

While the Minnesota Republican Party spent a lot of time talking about how unelectable Lewis is and distancing themselves from him and his past statements, he's now their candidate for Congress and they'll have to work to elect him.