WATCH: Fox hosts battle each other over Trump's tax returns -- 'If it was Clinton, you'd demand them' 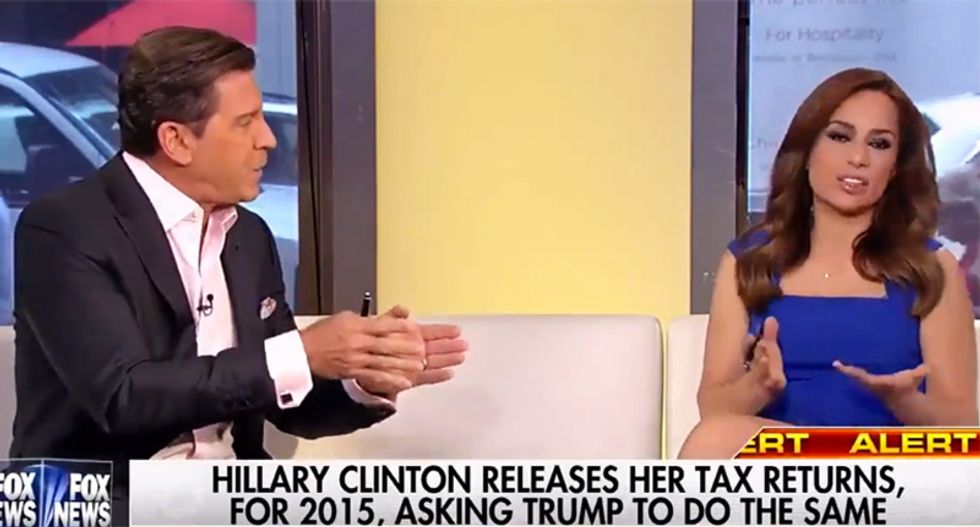 On Fox News' Outnumbered, things grew a bit more heated than usual with the hosts shouting over each other when the topic of Donald Trump's failure to release his income taxes became a point of contention.

Co-host Julie Roginsky offered up a scenario where former Secretary of State Hillary Clinton should offer to release the transcripts from her Goldman Sachs speeches in return for Trump disclosing his income tax returns for the past few years, which was met with general approval from the panel.

But when she suggested that Trump was hiding them because they showed he paid no income taxes, guest Eric Bolling jumped to the GOP presidential nominee's defense, saying he shouldn't release anything because he's being audited -- which happens to be Trump's excuse.

“He’s only under audit for a year or two, according to him,” Roginsky shot back. “He hasn’t been under audit for previous years. He should release those tax returns. Nothing’s preventing him.”

Bolling attempted to dismiss her comments by saying audits can have an effect on previous year's filings, causing her smirk and to throw up her hands, telling him, "You are are coming up with Kool-Aid excuses!"

"If this was Hillary Clinton, you'd be the first to demand that she release those taxes," she continued while laughing.