WATCH: Furious Rob Reiner opens up a can of whoop-ass on Rick Santorum for repeating Trump's lies 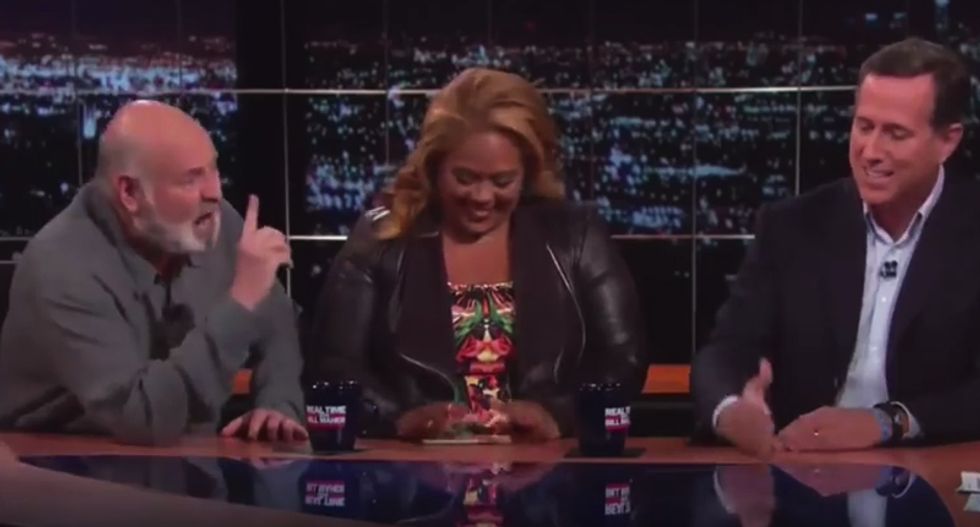 It was a contentious segment with everyone on the panel -- including conservative commentator Tara Setmayer -- hammering on a clearly pained Santorum who maintained his support for Trump while at the same time admitting that the new face of the Republican Party is a flawed candidate.

While Maher got off some harsh comments on Trump and his followers -- calling his voting base “fact-free racist rednecks” -- it was director Reiner who brought down the house with a furious attack on Santorum for repeating one of Trump's more egregious lies.

"No no no no," Reiner exclaimed. "You just say a line like that, you just say it, and it's not true!"

After Santorum claimed the FBI said Clinton lied, Reiner hit back, "Let's talk about the FBI!"

Following furious cross talk, Santorum could be heard muttering, "They're both flawed candidates."

Watch the video below, uploaded to YouTube by Mediaite: