WATCH: Chicago rapper reports being held at gunpoint by a robber — and the cops can’t be bothered 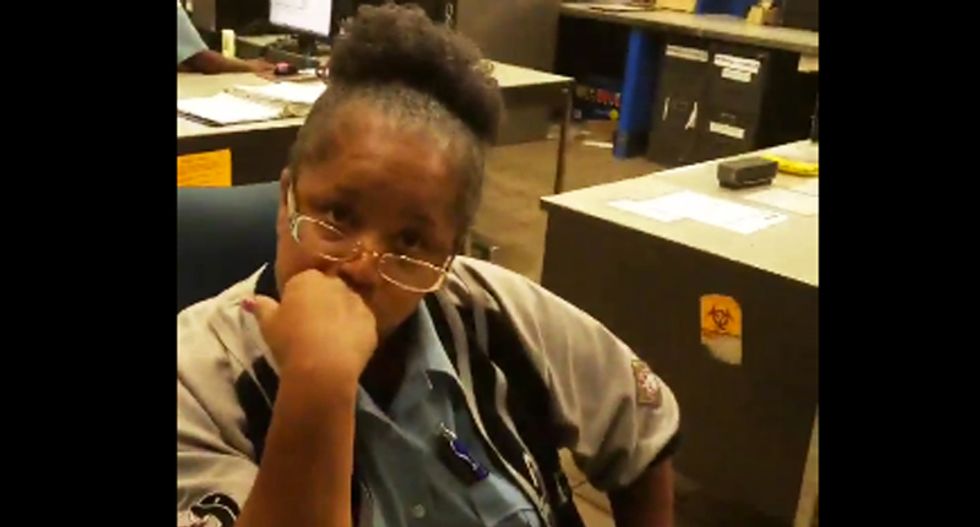 A Chicago rapper who was held up at gunpoint in the early morning hours attempted to file a police report -- only to have desk officers blow him off and then tell him to leave when he became aggravated about their lack of interest, reports the Chicago Tribune.

In a video clip posted to Twitter under the comment, "You wonder we don't report crimes? The police treated me disgustingly," rapper Rhymefest (real name Che Smith) is heard attempting to get a desk officer to take his report only to have her tell him to get out.

As Rhymefest began recording the encounter -- after first trying to make a report -- the desk officer shut him down, telling him, "First of all, you're in a police station, you can't do that," indicating his filming.

When he protested, she told him, "No, you gotta go," and got up and walked away forcing the rapper to address another officer leaning on the counter who interjected, "a supervisor asked you to leave."

Pleading, "What information do you need. I would like to give you that information and report that I was robbed this morning," Rhymefest was asked to "quiet down" as he tried to fill in the details.

According to the rapper, a man hopped into his car and held a gun to his head before taking his wallet and fleeing.

But he added that he had another problem: how he was treated by the desk cop when he tried to file a complaint.

"When I walked through the door, and she asked me what was wrong, she kept eating, she kept playing Candy Crush --" only to be cut off by the officer who didn't want to hear it and requested that he quit filming the encounter.

"Sir, I don’t feel comfortable because I feel like I’m being treated. When the camera goes off, you all start telling me to get out, I can’t make a report,” he replied.

"We're not going to play that kind of game," Rhymefest was told, leading him to repeat his story again.

"They put a gun to my head," he patiently explained. "They demanded that I give them my wallet. I gave them my wallet. They told me they were going to shoot me. They ran. The first thing I did was come here to the police station, sir."

Instead of taking down the information, Rhymefest was asked why he chose that particular station, only to have to repeat the story once more before adding, "All I want to do is make a report that I was robbed. I don't expect that you all are go and find the person, but I do want to make a report."

According to the Tribune, Chicago police spokesman Anthony Guglielmi issued an apology to the rapper, saying, "We are disappointed with what we've seen and how Mr. Smith was treated, and the chief of patrol called him personally to apologize on behalf of the department. On behalf of CPD, I apologize for how you were treated."