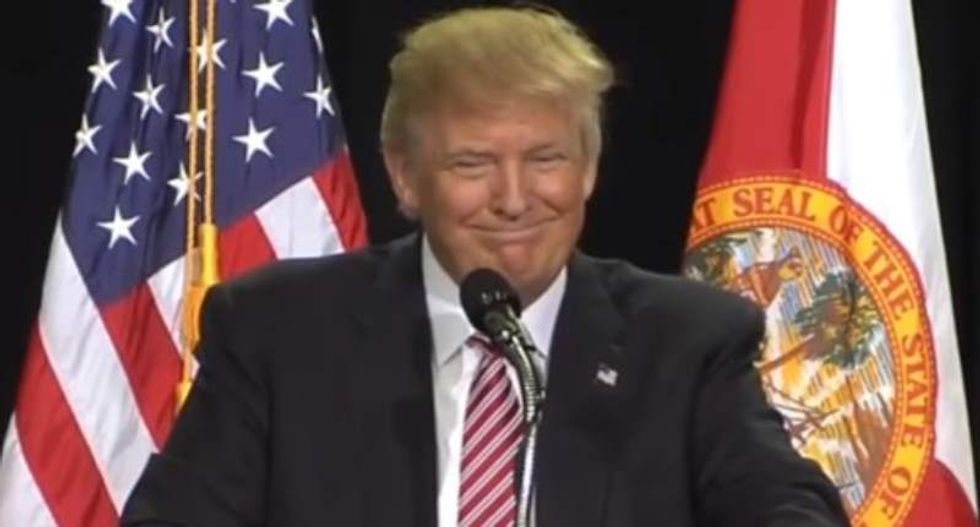 Donald Trump smiles after a heckler is ejected from his campaign rally in Kissimmee, Florida on Aug. 11, 2016. (YouTube)

Donald Trump's campaign rally in Kissimmee, Florida on Thursday was interrupted when a heckler accused him of sympathizing with Russian President Vladimir Putin in the bluntest of ways, The Hill reported.

"You love Russia. You're Putin's b*tch," the man reportedly shouted.

Footage of the incident picks up Trump's audio more clearly, as he tells the unidentified protester "goodbye" amid boos from the audience. Once the man was presumably removed, Trump said, "Where the hell did he come from?"

Last month, Trump publicly invited Russian hackers to go after Democrat Hillary Clinton, prompting criticism from intelligence officials, one of which said Putin had turned Trump into an "unwitting agent" for his country.

World’s first ‘synthetic embryo’: why this research is more important than you think

In what’s reported as a world-first achievement, biologists have grown mouse embryo models in the lab without the need for fertilized eggs, embryos, or even a mouse – using only stem cells and a special incubator.

This achievement, published in the journal Cell by a team led by researchers from the Weizmann Institute of Science in Israel, is a very sophisticated model of what happens during early mouse embryo development – in the stage just after implantation.

Multiple people were injured in Gallup, New Mexico, this Thursday when a pickup truck plowed through a parade for the Intertribal Ceremonial Centennial Celebration, CNN reports.

The driver and a passenger were taken into custody at the scene and police are now investigating the incident. The parade was part of a days-long celebration of Native American culture and heritage, according to a news release.