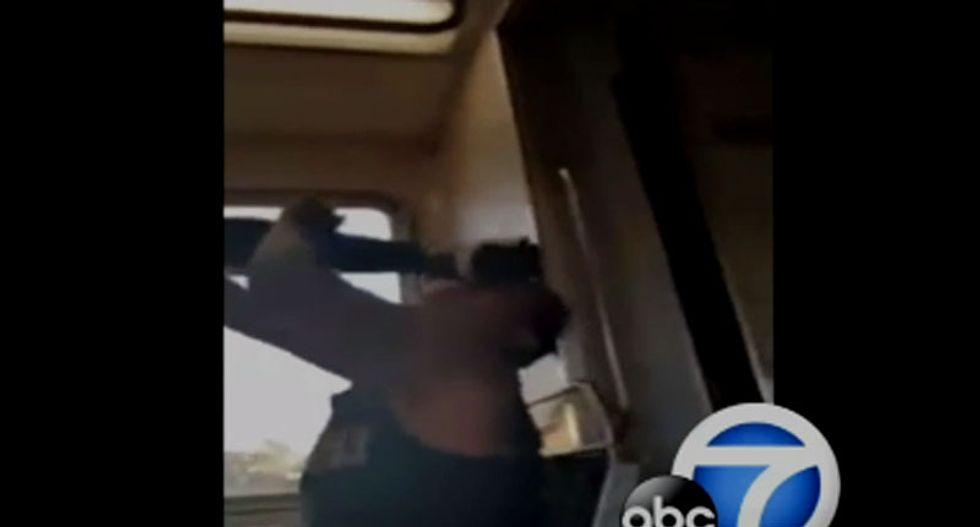 A black woman was caught brutally beating another railway passenger in California after witnesses say he hurled racial slurs at her.

A witness said the man, who appeared to be intoxicated, used racist language against the woman and several other passengers while riding a Metro train in Long Beach, reported KABC-TV.

A video shot by another passenger shows the woman, who has not been identified, kick the man in the head, knocking him onto the floor between two seats.

The woman then jumps onto one of the seats and begins to stomp up and down on the motionless man.

None of the other passengers tried to stop the woman, but at least one witness urged her to stop the attack.

The woman finally stops the attack and walks away from the man, who remains on the ground for at least 30 seconds without any assistance from other passengers.

The witness said a passenger pulled the emergency stop lever, but both the man and woman got off the train before police arrived.

Police said they were aggressively investigating the incident.

Watch video of the incident posted online by KABC: