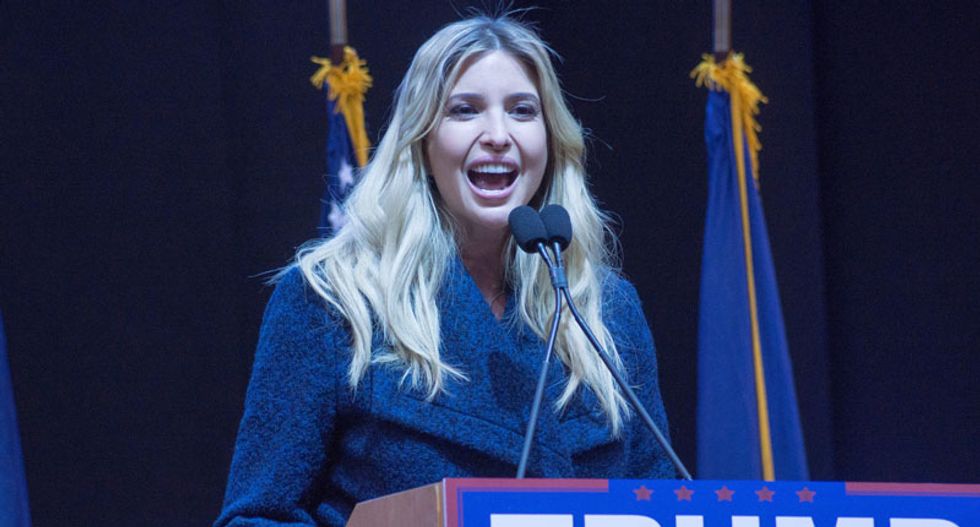 Two Brooklyn jewelry designers, who teased Ivanka Trump saying they were donating some of the money from her purchase to the campaign of her dad's rival, are feeling the wrath of Trump fans who are threatening and harassing them on their Instagram and Facebook pages.

Jill Martinelli and Sabine Le Guyader of Lady Grey Jewellery took to the Internet earlier this week, posting a photo of a handwritten note they included with the purchase made by the eldest daughter of GOP presidential nominee Donald Trump.

Included with the purchase of a gold ear cuff, the note read, "'Dear Ivanka, Thank you so much for your web order! We’re happy to let you know that the proceeds of your sale have been generously donated to the American Immigration Council, the Everytown for Gun Safety organization, and the Hillary Clinton campaign."

With news of the note capturing the attention of the national media, it goes without saying that fanatical fans of a potential Trump presidency also make their presence known by threatening the two women online, with one commenter bluntly stating, "Your company is f*cked!!"

fearss33 wrote, "Brag it up!! Very poor business choice! Your company is fucked!!"

"Disgusting! Keep your political views to yourself. Run your business with class. Hope you loose [sic] lots of money from being so ignorant," added valleygrrrl, with another commenter chiming in, "I'm utterly in shock of your display of professionalism. I hate to, no actually ladies I'm not afraid to say but karma is a b*tch and I know it will come back to hurt you."

Laura Fleckenstein advocated trying to damage their business, writing, "I just sent them about 100 emails. Block up there [sic] business."

And no comment thread infested with Trump fans would be complete without an all-caps rant, courtesy of Susan Phipps: "EVERYONE BOYCOTT LADY GREY..WE HAVE NEVER OF HEARD OF THIS CHEAP UGLY JEWELRY.. BUT WHAT FEW CUSTOMERS THEY DO HAVE NEED TO BOYCOTT..RUDE..DISREPECTFUL UNGRATEFUL BUSINESS..AND REALLY UGLY JEWELRY! IT MUST BE HARD FOR THOSE WHO WROTE THIS LETTER TO BE SO JEALOUS OF A RICH..SUCCESSFUL..BEAUTIFULWOMAN LIKE IVANKA WHO IS LOVED BY MILLIONS! #boycottladygrey"

Photo of the Lady Grey note below: