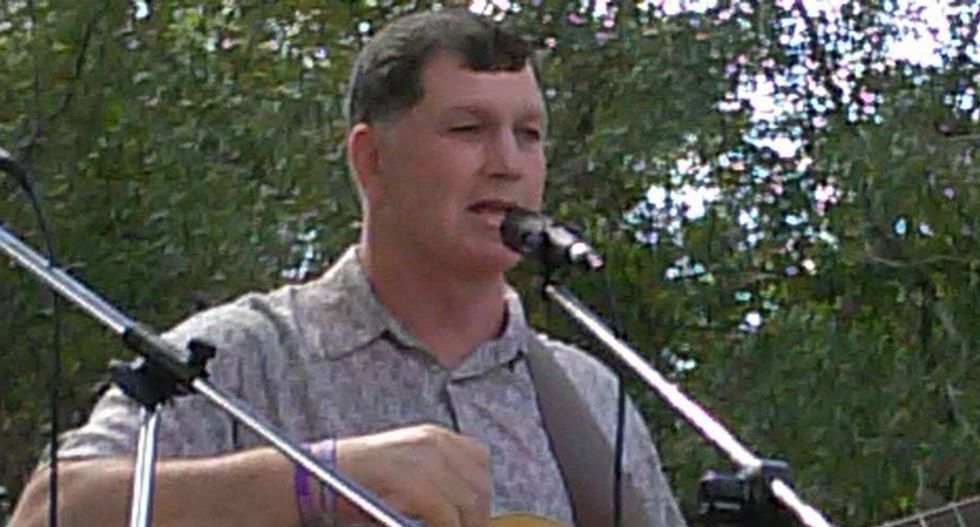 An Alabama pastor, who doubles as a high school football announcer, is under fire after telling the crowd they should be shot if they didn't stand for the national anthem.

According to AL.com, Pastor Allen Joyner of the Sweet Home Baptist Church made the announcement prior to a game at McKenzie High School, telling the attendees they should prepare to line up for execution by members of the military.

"If you don’t want to stand for the national anthem, you can line up over there by the fence and let our military personnel take a few shots at you since they’re taking shots for you," he announced to the cheers of the crowd, according to a Facebook post -- since removed -- by attendee Denise Crowley-Whitfield.

Joyner's comments were likely inspired by the actions of the NFL quarterback Colin Kaepernick who has stated he would not stand for the national anthem due to the treatment of African-Americans in the U.S., which has inspired others to follow suit.

Speaking for Butler County Schools, Superintendent Amy Bryan immediately denounced Joyner’s comments in a statement, saying, "Patriotism should be a part of school events but threats of shooting people who aren’t patriotic, even in jest, have no place at a school. Threats of violence are a violation of school policy and certainly not condoned by the school board."

According to the paper, Sweet Home Baptist briefly supported Joyner's comments on its Facebook page on Saturday before pulling the post after approximately an hour.

Joyner said his comments were misquoted on social media.

“I deeply regret that the comments I made were misquoted,” he told the Greenville Advocate. “The dear lady that posted the comment on Facebook was paying our school a compliment. I never said anybody should be shot. My words were ‘if you don’t want to stand for the national anthem, please go sit at the baseball field and let some of our folks take a shot at reminding you of the price our military paid for your freedom to sit.’ I never advocated violence of any kind… just an opportunity to educate.”

(Note: This article has been updated with Joyner's comments.)