Bill Maher makes Trump assassination joke: 'Why do you think they let Hinckley out?' 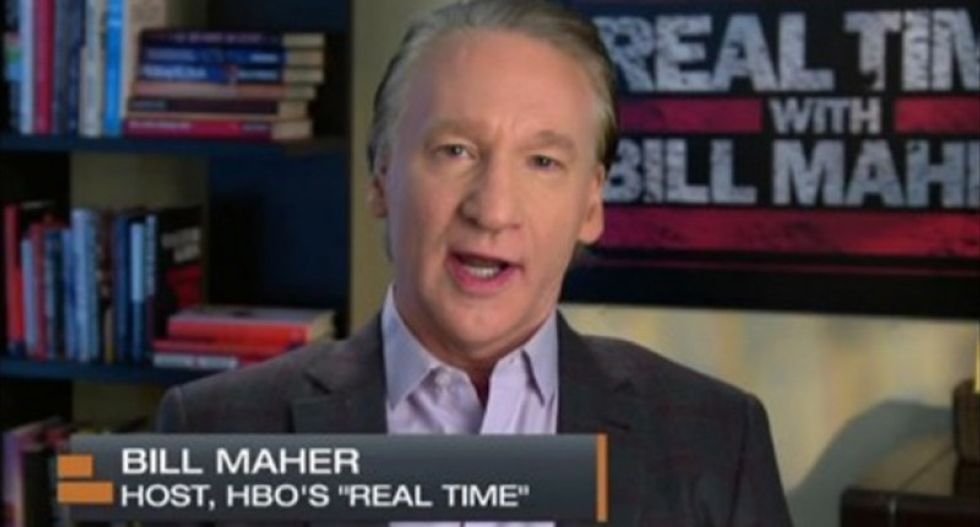 During his set at DAR Constitution Hall, Politico reported, the Real Time host said, "I’m nervous. And I saw the headline today -- race tightening. Trump ahead in Ohio and Florida. If this race is even the week before the election, somebody is going to have to go out there..."

He paused for effect, then said, "Why do you think they let Hinckley out?”

John Hinckley, Jr. shot and wounded Pres. Ronald Regan in 1981. Last week, he was released from St. Elizabeth psychiatric hospital where he was sentenced after being found not guilty by reason of insanity.

Maher's remarks will no doubt outrage Trump followers who are still resentful that the media seized upon the GOP candidate's reference to "Second Amendment people" resolving the issue of a Pres. Hillary Clinton and her judicial nominees.

It should be noted, however, that Bill Maher isn't running for president, whereas -- in spite of how it may look sometimes -- Donald Trump is.

Listen to audio from the show, embedded below: