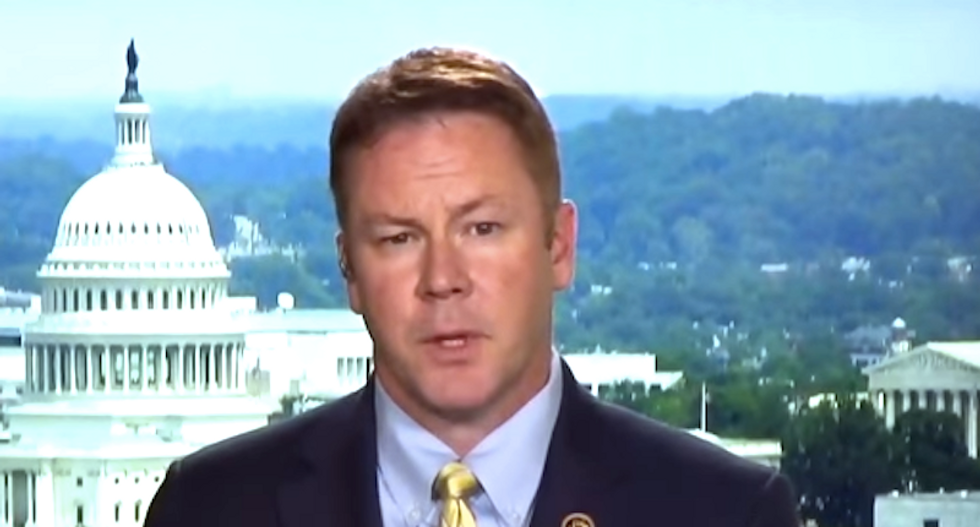 A Donald Trump-backing Ohio Republican is defending his claims that "moochers" and "pretenders" are overwhelming the Veterans Affairs' health care system with fraudulent claims -- even though there's little evidence of abuse.

Rep. Warren Davidson (R-OH) suggested earlier this week at a town hall event in West Chester, Ohio, that some veterans who sought care from the federal agency weren't as worthy of treatment than others, reported the Journal-News.

“Just like workers comp out here’s got moochers, I wish that there were no vets that were the same sort of problem on our society,” Davidson said. “But part of the problem is there are some vets that are moochers and they’re clogging up the system, and we do as taxpayers want to make sure the VA filters out these folks that are pretenders. Just like we wish there were no people out there with stolen valor, but that’s a problem in the vet community, too.”

The Army veteran and first-term congressman from Troy, who won a special election to succeed former House Speaker John Boehner, drew strong criticism from the GOP chairman of the House Veterans Affairs Committee.

“I can only hope that Rep. Davidson misspoke, and I look forward to him clarifying his remarks," said Rep. Jeff Miller (R-FL).

The national spokesman for the Veterans of Foreign Wars also slammed Davidson for his remarks.

"Honorably discharged veterans with service-connected wounds, illnesses and injuries, or who are indigent due to circumstances beyond their control, are not moochers,” said the spokesman, Joe Davis.

But Davidson, who has introduced legislation that would require all members of Congress and their staffers to receive health care from the Department of Veterans Affairs, said he meant what he said.

“As a veteran, I know the subpar care that many of my brothers and sisters in arms have received, and I will not be content until that is changed,” Davidson said. “Any effort to suggest I have anything other than a soldier’s passion for providing our veterans with the care they deserve is dishonest.”

His spokesman cited four cases of VA benefits fraud uncovered this year, all of which were prosecuted.

Only one of those four cases involved VA health care services, when a California man falsely claimed to be a decorated Marine Corps veteran to get health care benefits and other assistance.

Davidson was among four Republican congressmen who gave interviews promoting Trump on a white nationalist radio host during the Republican National Convention.