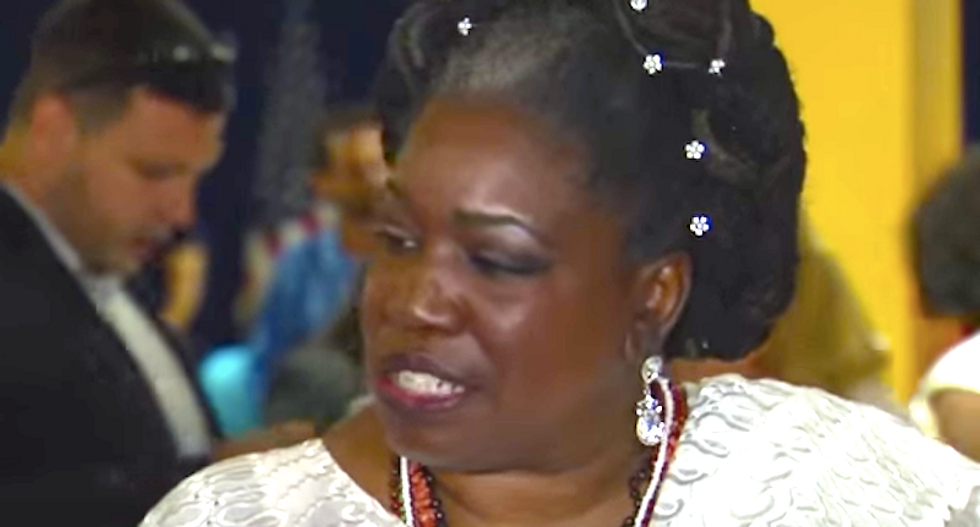 A Cleveland grandmother bashed Donald Trump after he visited the charter school where her grandson is a student.

Teenager Egunjobi Songofunmi said he was excited to meet someone so famous at the Arts and Social Sciences Academy, a for-profit charter school, during a campaign visit intended to improve Trump's standing among black voters.

"One of the things I try to teach my grandson is not to be a bully," she told NBC News. "So when you say you're going to bomb the sh*t out of folks and tell folks to go f*ck themselves and to denigrate women and to say that you're going to go into somebody else's country and take their oil, that's a bully mentality to me. That's a punk move, that's not a man move."

"Our commander-in-chief, who is supposed to be a living example of how you're supposed to comport yourself, that's not what I'm trying to teach my grandson," Songofunmi said.

Songofunmi was equally unimpressed with Trump's efforts last week in Detroit and this week in Cleveland to reach out to non-white voters.

"It was totally scripted when he went to the church, he didn't really interact with the people," she said. "He hasn't interacted with the people (Thursday at the charter school). I would have liked to ask him questions, but it's a photo op and he's being a politician. He's doing what he's supposed to do as a politician."