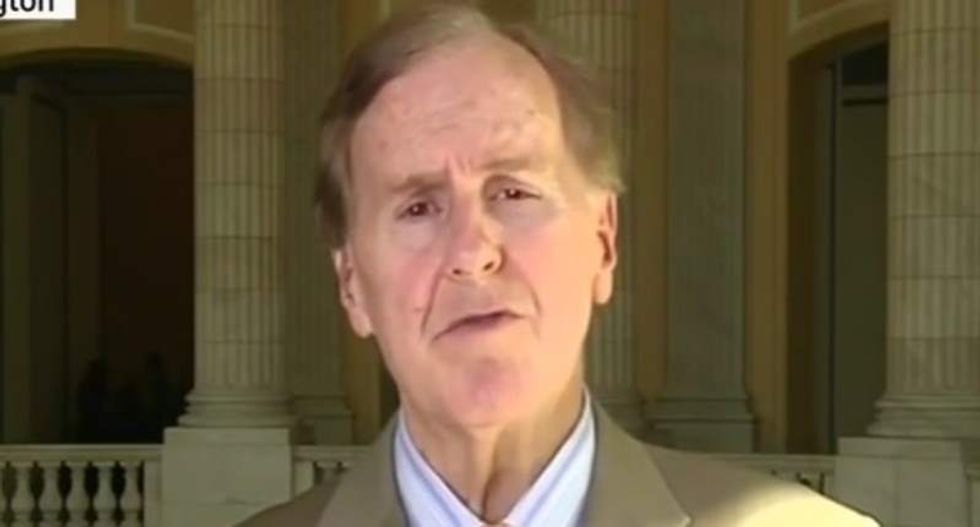 Rep. Robert Pittenger (R-NC) had a hard time on Thursday night trying to justify his remarks earlier in the day that the demonstrators protesting the shooting death of Keith Lamont Scott "hate white people."

"I know many pastors in the African-American community. I trust and support them so much and I am hurt by what's taking place and frankly, I apologize for the comments," Pittenger told CNN host Don Lemon. "They certainly weren't meant in the context of how many viewed them."

As the Raleigh News & Observer reported, Pittenger drew criticism after telling the BBC in a separate interview that protesters around Charlotte "hate white people because white people are successful and they're not."

Lemon pressed him on it, asking, "Do you believe that protesters hate white people?"

"It's the comments they made," the congressman said, adding, "I was trying to convey what they said and it didn't come outright. I have many dear friends in the African-American community and my colleagues in the United Dtates Congress, I've gone to them tonight and really apologized to them, because that certainly is not the spirit of who I am."

"Let's walk through what you said," Lemon replied. "You said 'they hate us -- they hate white people because we're successful.' How is that taken out of context?"

"What I'm trying to communicate was that what has occurred can the economy has left them out," said Pittenger, who pledged his support to GOP presidential nominee Donald Trump in May. "When you look frankly at the last eight years of the current economy, the demographic group who has moved the least up the economic ladder are low income, minority people and that's the reality, that's a fact."

Lemon pushed back on that claim as well, arguing that despite the recent economic downturn, "African-Americans are doing better when it comes to unemployment -- it's been cut in half -- and it's better than any other time in history. So the facts don't really jibe with what you're saying."