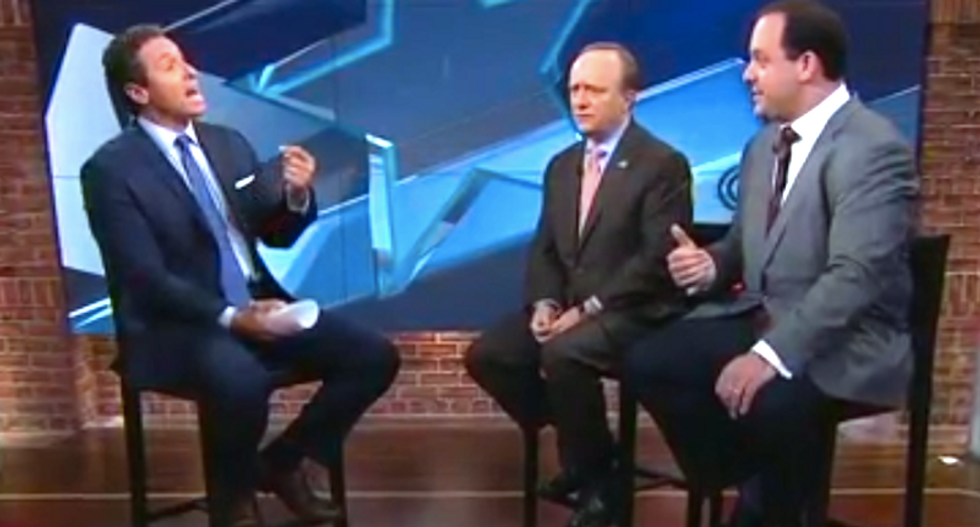 Donald Trump owes his national political presence to his questions about whether President Barack Obama was born in the United States, but he has so far refused to personally put those questions to rest.

But Trump himself has so far declined to comment on the questions, which he raised repeatedly in the early years of Obama's administration -- and CNN's Chris Cuomo asked the GOP candidate's top adviser why.

"Are you advising him to say that this 'birther' stuff is bunk, don't believe it?" Cuomo asked the adviser, Boris Epshteyn.

"You're a senior adviser -- what do you think he should do?" Cuomo asked.

"That's his decision," Epshteyn repeated. "He should do what he thinks is best for himself and the country."

"What's not going to help me is the media and the left driving this wedge issue and dividing Americans," Epshteyn said. "We're uniting Americans."

Cuomo asked how he and other media members were dividing Americans when it was Trump who refused to answer the question, and Epshteyn said the issue should have been put to rest with the campaign's statement.

"He refused to answer it himself, and you don't think that's odd?" Cuomo asked.

"You told me that he's not going to say anything about it today," Cuomo said.

"While he's at it, he should denounce the crackpot theory he was pushing that Ted Cruz's father was connected to the Kennedy assassination," Begala said. "Donald Trump is an aficionado of the most crackpot, flat-Earth theories. We're sitting here 53 days before the election."

Epshteyn then clumsily tried to change the subject.

"Is Hillary Clinton going to apologize for lying to Congress?" Epshteyn said.

Should Donald Trump should address birther issue? Adviser @BorisEP: "That's up to him" https://t.co/APVXjYRKgd https://t.co/mpGq2qtKUb

.@PaulBegala: "Donald Trump is an aficionado of the most crackpot, flat Earth theories" https://t.co/mzxjTqpx6i https://t.co/7RBio4dno6