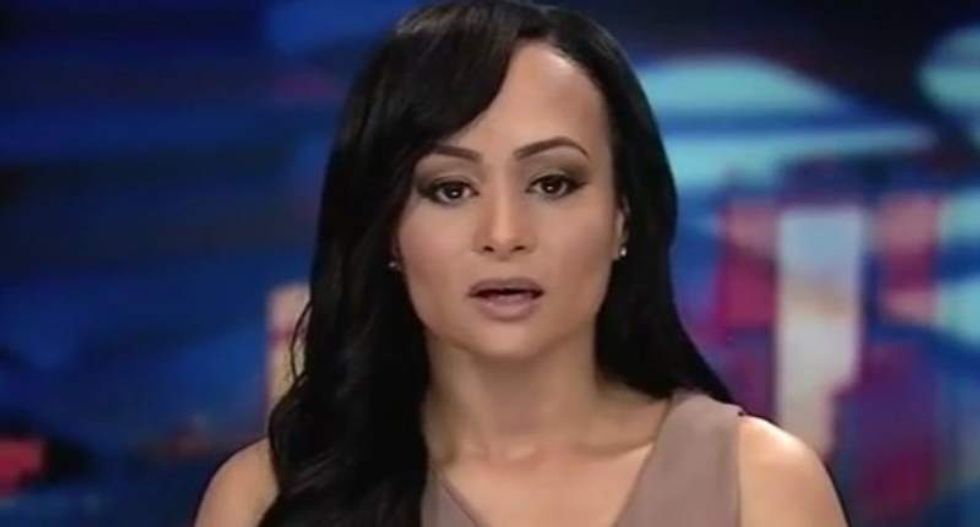 "All legal, Alan," Pierson replied. "He didn't vote for a single bailout for these banks. Not one."

Pierson did not mention that Trump was in no position to vote for it in 2008 since he has never held elected office. But more crucially, both she and host Trish Regan omitted the fact that the current GOP presidential nominee, while expressing some doubts about the $700 billion Troubled Asset Relief Program at the time, expressed support for it.

As Politifact reported, Trump told Larry King in 2009, "I do agree with what they're doing with the banks. Whether they fund them or nationalize them, it doesn't matter, but you have to keep the banks going."

"Bill Clinton is the guy who got rid of that way back when, and the aftermath was in fact blamed on the facts that you had banks with the ability to invest using your funds and my funds, Katrina," Regan said to Pierson. "And so they became more and more aggressive. I don't know if we can blame Bill Clinton for the whole thing, but it certainly seems there were some policies there that had existed quite well [and] once they were gone, we got in a lot of hot water."

Regan did not mention that, while Clinton signed the repeal of the bill during his presidency, that it was set in motion by another piece of legislation -- the Gramm–Leach–Bliley Act, named after Republican lawmakers Sen. Phil Gramm of Texas, Rep. Jim Leach of Iowa and Rep. Thomas Billey Jr. of Virginia.

Watch the debate, as aired on Tuesday, below.