Ex-cop nails CNN's police apologist: You don't get to kill somebody just because you say you're scared 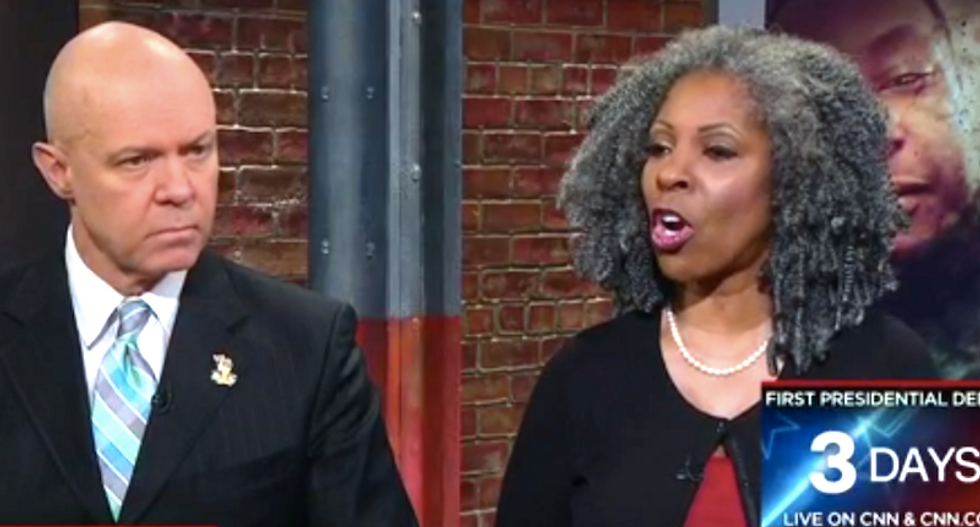 Harry Houck, a law enforcement analyst for CNN, said he didn't know if there was enough evidence to charge the Tulsa police officer because he hadn't seen every available piece of information from the fatal encounter.

"I don't know yet, because I don't know enough evidence regarding this case," he said. "If I do a further analysis, when more comes out on the case I'll take a look at it and I'll make my own decision based on that. But right now we don't know enough."

"What we do know is that the tactics that led up to this deadly force incident were deplorable," Dorsey said. "She took herself from a position of cover and concealment, she walked up on someone who she said was scaring her more than she's ever been scared in her entire life (and) created a situation where now deadly force had to be used."

Dorsey also wondered what had made Shelby so fearful, because she did not articulate her concerns in her statement to investigators.

"What was it? If you were in fear, why are you running up on him?" she said. "You don't just get to say, 'I'm in fear,' and now olly olly oxen free -- you get to kill somebody. Someone failing to comply does not require lethal force."

Dorsey suggested Crutcher was following police orders when he went to his car, where he might have been retrieving items requested by officers.

"We don't know that yet, we don't know that quite yet," cautioned Houck, who has previously said outrage over the shooting was part of a "war on police." "This man had his hands up and kept on walking toward his car, there's no audio."

Houck said he agreed Shelby's tactics were poor before backup officers arrived on the scene, but he said she had the authority to make bad decisions, and he excused her fear.

"There's nothing wrong with a police officer being scared for their life," Houck said. "I've been scared many times, and that's where this thing called courage comes in. We're supposed to have courage as police officers."

CNN's Alisyn Camerota asked what he would have courageously done differently, and he suggested he would have reacted in exactly the same way as officers on the scene.

"I don't know, because I wasn't right there," Houck said. "All I know is that that man kept going towards the car and I told him to stop, stop, stop -- and he did not stop. And when we got around to the car and it looked like he was reaching into the window for something, was making a furtive move, I don't know what I would have done, okay?"

Dorsey said officers should act on what they know, not what they think.

"We now know for a fact, she'd already cleared the car," Dorsey said. "That means she rendered it safe, that means that there was nothing in that vehicle that was going to hurt her."

"That's police jargon for, 'I walked up to it as a police officer, I've looked in, there's nothing that's going to hurt me if you get back in that car,'" Dorsey added.