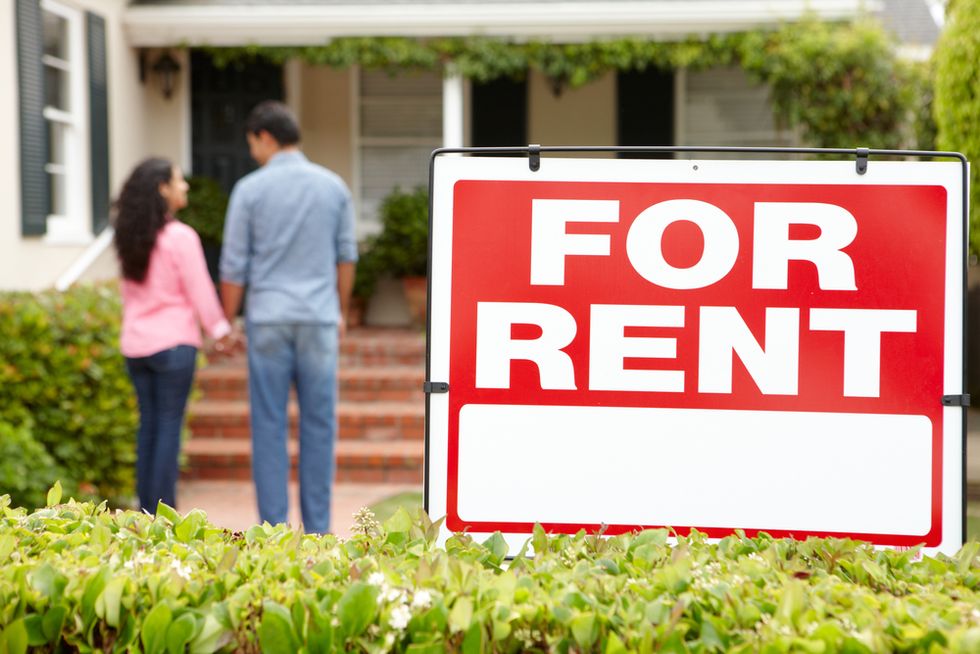 A couple standing outside a home for rent (Shutterstock).

You've probably had a bad landlord at one time or another, but hopefully none of them were as bad as a landlord in St. Louis who was just sued by the federal government for allegedly evicting tenants who refused to have sex with him.

Per Consumerist, the Justice Department’s Civil Rights Division filed a lawsuit this week against Hezekiah Webb and Jameseva Webb, a married couple who live in Illinois but who jointly own properties in St. Louis.

According to the suit, Hezekiah Webb would repeatedly subject his tenants to "severe, pervasive, and unwelcome sexual harassment." In one case, he offered a female tenant the option to pay lower rent in exchange for sex -- and he evicted her four months after she refused.

And she wasn't alone either, as the suit alleges that Webb "initiated eviction proceedings" against multiple female tenants "in an attempt to coerce tenants to grant him sexual favors and in retaliation for refusing his sexual advances."

The suit also alleges that Webb has been behaving this way for years, as "on multiple occasions between, at least, 2009 and 2013, Webb made unwelcome sexual comments and advances to tenants, including unwelcome touching, comments about their bodies, questions about their sexual partners, gestures indicating his sexual arousal."

Although Jameseva Webb isn't named as a harasser in the suit, she is still liable for her husband's discriminatory housing practices since she's the co-owner of the properties.

You can read the whole complaint for yourself at this link (PDF).