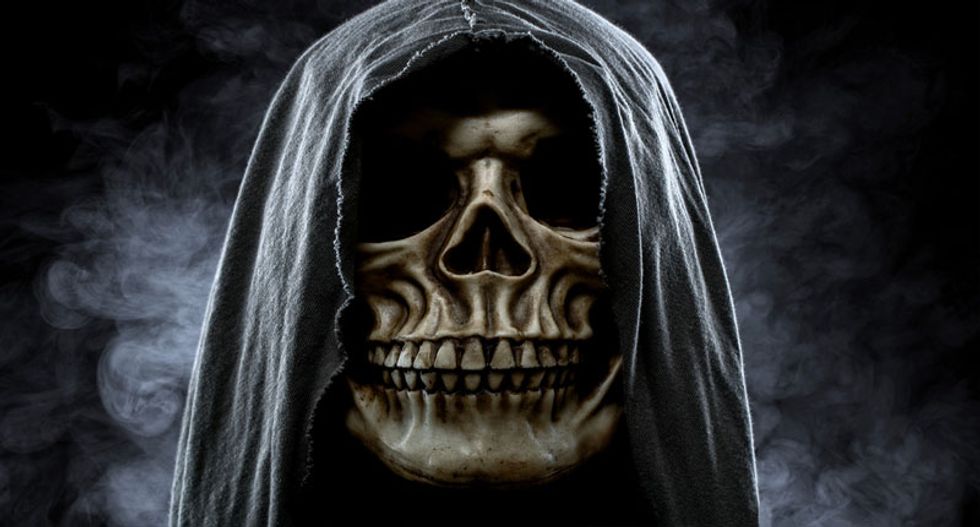 One thing we never learned growing up, while watching “Bonanza” or “Gunsmoke” or “Rawhide,” was how truly fragile life could be in the Old West. If we took our cowboy TV seriously, we might think the leading cause of death was a gunfight, or hanging for horse thievery, or maybe falling off a horse. The truth was much more mundane. The leading cause of death in 1901, almost 59,000 cases, was actually diarrhea, or other intestinal distresses. Not far behind was tuberculosis at 55,000. Pneumonia was third at 48,000.

Today we take medicines like antibiotics or vaccines for granted, but without them our death statistics would likely look very similar to those of 1901. Here’s the rest of the list:

Looking at this list, we can see that none of these causes of death, save for heart and kidney disease, is widespread today. The lack of medical knowledge back then made survivable circumstances fatal.

The leading cause of death in the U.S. today is certainly not diarrhea. (For that, we just down a few tablespoons of Pepto Bismol.) Instead, heart disease has leapfrogged to number one, with 614,000 deaths. Following heart disease is cancer, with 591,000, and chronic lung disease a distant third at 147,000.

What strikes one most of all from this modern list is that most of these causes of death are age-related. The longer we live, the more likely we are to fall victim to heart disease, cancer, emphysema, stroke or Alzheimer’s. The reason most of these are not on the 1901 list is that the average life expectancy in that era was only about 50 years. People simply didn’t live long enough to get cancer back then. Meanwhile, most of the causes of death on the 1901 list are absent from the modern list because modern medicine has figured out treatments for them.

The modern list is also notable in that the fourth leading cause of death is accident, something missing from the 1901 list. We can speculate that the reasons for this have much to do with technology. Back in 1901, people got from here to there mostly by horse or railroad. Today, motor vehicles take us where we want to go, often at very high speeds. A horse accident was unlikely to cause death, and in fact, it was only the 11th-highest cause of death in 1901, about 550 deaths. Meanwhile over 32,000 people died in 2014 from car accidents alone. The list of deaths by accident in 1901 seems almost quaint today:

1. Heat and sunstroke (lack of AC, perhaps, or working outdoors under the hot sun?)

8. Gunshot wounds (now there’s a familiar cause of death)

10. Poisonous gases (we can speculate from mining, mostly)

11. Horses and other vehicles (very few cars back then)

13. Chronic poisoning (probably workplace substances no one knew would kill people over time)

15. Hypothermia (think of this next time you complain your radiator is too hot in the winter)

Breaking down causes of death by age group, these days babies and infants under one year old are not likely to die from diarrhea, as was the case in 1901. In fact, unless a child is born with a fatal birth defect, she is likely to make it past one year of age. In 1901, those who died at age 2 likely had pneumonia as their cause of death; ages 3 to 9, diphtheria; and 10 to 54, tuberculosis—all curable diseases today.

Meanwhile, today at age 2 right up to age 44, having conquered most of the childhood diseases (although anti-vaxxers seem determined to roll back those gains), you are likely to survive unless you are the victim of an accident. In 1901, from age 55 to 79, heart disease was the killer. Today, from age 45 to 64, look out for cancer. Finally, in 1901, if you made it to 80, death came most likely from natural causes as a result of old age, while heart disease is the cause of death in modern-day older people, age 65 and over.

The bottom line? We may look back nostalgically on times past, but that’s mostly because modern science gives us that luxury. If we actually lived back then, we would more than likely have died well before we had a chance to be nostalgic.

"Butch Bowers, who has represented past two S.C. governors at ethics hearings, is no a stranger to impeachment proceedings," the Post and Courier said. "He worked for then-Gov. Mark Sanford when lawmakers considered impeaching him after he left the state to see his mistress in Argentina in 2009."