'Jon Stewart' of Egypt rips Trump on immigrants: He uses 'hatred' to cover up his 'incompetence' 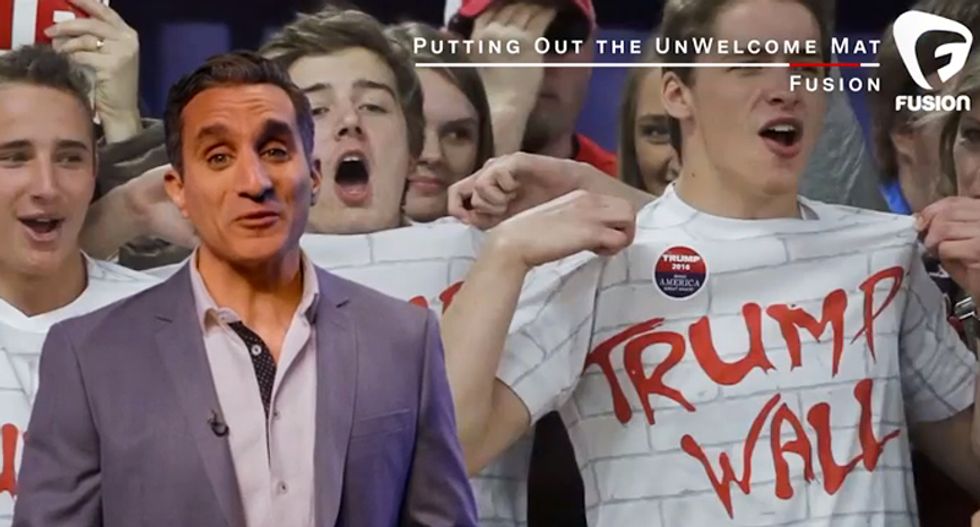 A popular comedian, known as the "Jon Stewart of Egypt," is bringing his satirical news show to the U.S. and already has a few things to say about GOP presidential nominee Donald Trump -- and none of them are flattering.

Bassem Youssef's brand of political humor ended up getting him pulled from Egyptian televisions so he's coming to American audiences via webcast by Fusion to fill the void left by Daily Show host Jon Stewart who handed over the reins to comedian Trevor Noah -- but not his wit.

In an interview with CNN, Yousseff said he has taken note of Trump's demagogue act and it reminds him of leaders in his home country.

"This kind of rhetoric --- spreading fear and suspicion against the other -- is not something new. We're used to it in the Middle East," Youssef explained. "You always need something to hold on to, an enemy to direct your hatred to, to cover up your incompetence and cover up your failure."

"I can't even being to express my sorrow and sadness towards those people," Youssef continued. "(Leaving their countries) is not a luxury thing for them. This is out of necessity, out of survival.  It is this systematic dehumanization of the other is why we have a negative outlook on refugees."

You can watch a sample of Youssef's work below, which has a familiar 'Jon Stewart' feel to it:

President Joe Biden was blamed for firing the White House chief usher on his first day on the job, but his predecessor actually did the deed -- apparently to spite the incoming first family.

Donald and Melania Trump sent White House ushers home early on Inauguration Day in one of their last acts in a tense presidential transition, a well-placed official not associated with the Biden team told the National Journal.