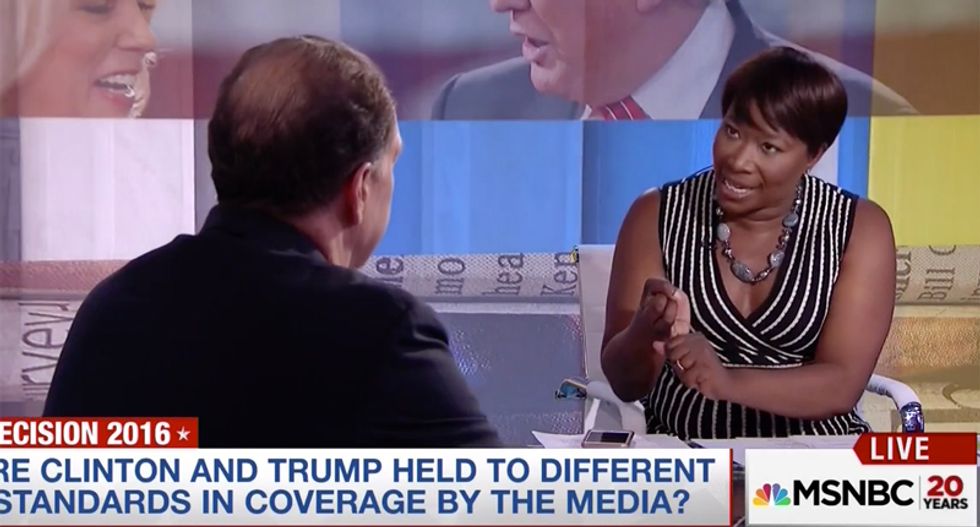 MSNBC host Joy Reid hammered an advocate for the Donald Trump campaign on Saturday morning after he attempted to throw a kitchen sink's worth of accusations at Hillary Clinton when pressed on Trump's $25,000 "pay-for-play" donation to Florida Attorney General Pam Bondi with the host repeatedly calling him a liar before shutting him down.

Asked about the donation, Trump backer David Malpass went into what Reid called his "pristine" list of talking points bringing up the contributions to the Clinton Foundation, then Clinton's emails and finally her lack of press conferences.

As Malpass rambled on about the emails, Reid told him "You're conflating the emails," causing the advocate to move on to the press conferences.

"Now you're conflating press conferences, emails and foundations?" she asked incredulously. "They're not all the same thing!"

As Reid kept telling Malpass, "no, no, no, no," to now avail, guest Kurt Eichenwald laughed at the chaos, mocking the Trump advocate's comments as a "demolition derby of scandals."

After mercifully shutting down the interview and regaining control, Reid looked at the camera and exclaimed, "My head hurts."