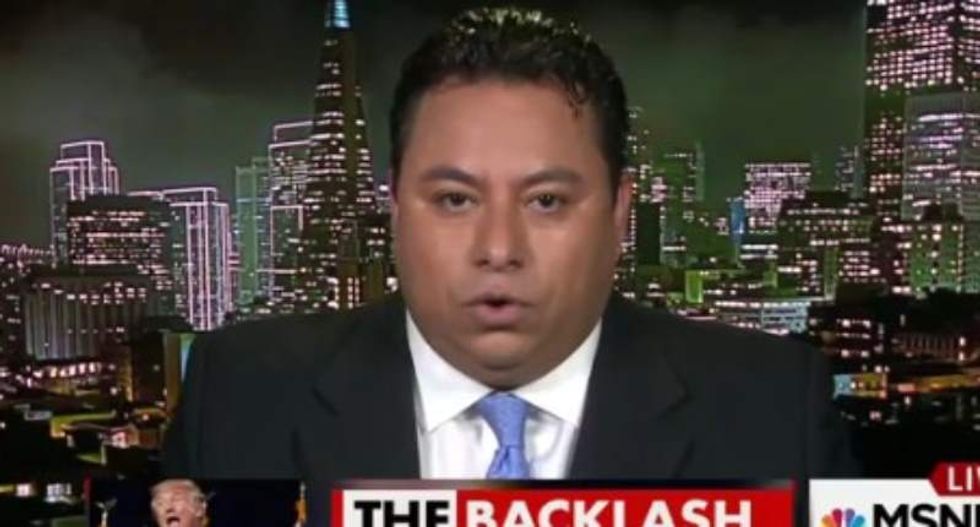 The founder of Latinos for Trump had MSNBC host Joy Ann Reid briefly taken aback during an interview on Thursday when he tried to portray Donald Trump as a protector of American culture.

"My culture is a dominant culture, and it's imposing and it's causing problems," Marco Gutierrez said. "If you don't do something about it, you're gonna have taco trucks [on] every corner."

"I'll tell you what that means -- the Spanish never conquered Mexico," he stated, incorrectly. "We have a culture that, we have a lot of good things that we bring to the United States. But we also have problems. You guys are going nuts over something, that there's a 10th step to this problem. We haven't even started down this path."

"I don't know what culture Mr. Gutierrez is talking about," Espaillat replied. "But I know that the Hispanic culture has a saying -- a very prominent saying: Mi casa, tu casa. 'My house, your house.' It is a tolerant culture. It is one that welcomes neighbors in. It is one that shares their culture, their music, their folklore. It is not an aggressive or bullying culture, as was displayed by Donald Trump and his 10-points that he laid out."