Maher: The GOP 'can get rid of the Trump’ — but they can’t rid of his ‘deplorable’ base 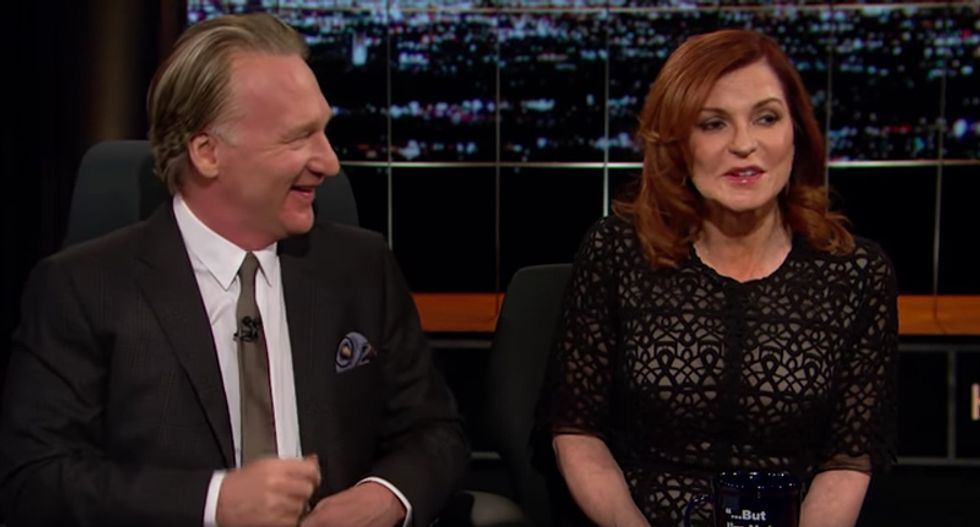 During the overtime portion of HBO's Real Time, host Bill Maher posed the question of how deeply was GOP presidential nominee Donald Trump damaging the Republican Party and what can they do to save themselves in case he wins.

Former Mitt Romney adviser Lanhee Chen admitted that the party is going through a "temporary correction."

"After this election, the Republican Party does have some soul-searching to do," he explained. "But to say that it is permanently changed, implies that I think this guy will have some permanent influence on how we think about the world, and I think, from the perspective of someone who hopes that isn't true -- I hope that isn't true."

Host Maher jumped in to ask, "Isn't their problem their voters?"

Chen parried that the GOP needs to expand their reach, only to have Maher shoot back, "But that's not what the base wants. The base is deplorable."

Writer Max Brooks, added that both parties in the past have taken stock and distanced themselves from extremists trying to hijack the party, including the GOP saying "no" to the John Birch wing, and the Democrats conceding the south over civil rights

Turning to the conservative Chen, Brooks advised, "This is the chance for you guys, who sleep in Reagan Underoos, to suddenly come out.”

Watch the video below via HBO