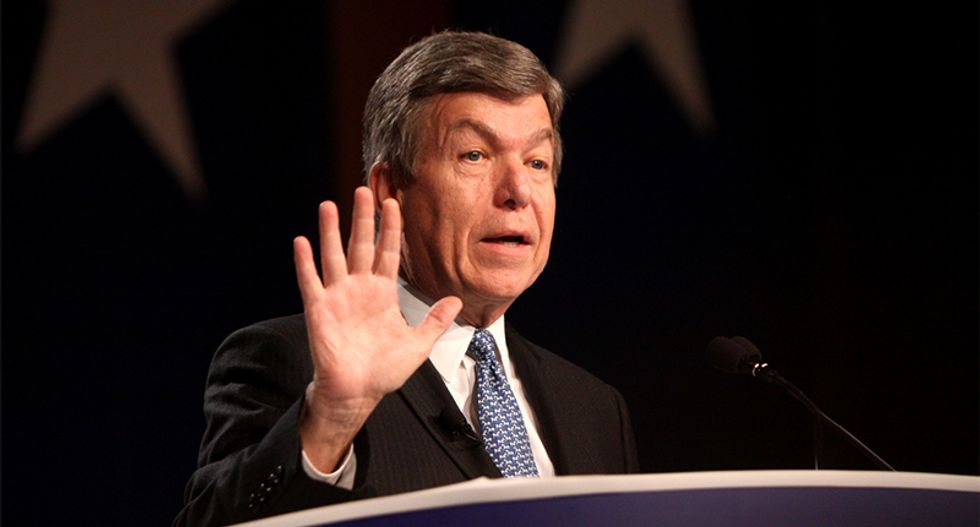 “But only one of these is a Hillary Clinton national campaign chairman," the voice bizarrely diverts. "Only one received an ‘F’ for his failure to defend the Second Amendment,” it continues

Kander took on policies that the NRA touts by saying, “I also believe in background checks, so the terrorists can’t get their hands on one of these.”

Kander closes with the challenge, “I approve this message, because I’d like to see Senator Blunt do this.”

Blunt, of course, doesn't have the military skills to do that, in fact, he was outed as a draft dodger earlier this year when he attacked Kander for refusing to acknowledge "radical Islamic terror."

Kander smacked down Blunt with one tweet saying, "I volunteered to serve in Afghanistan to fight radical Islamic terrorism. Think before you tweet."

Blunt ultimately disclosed that he got a student deferment and was then included in the first year of the lottery.