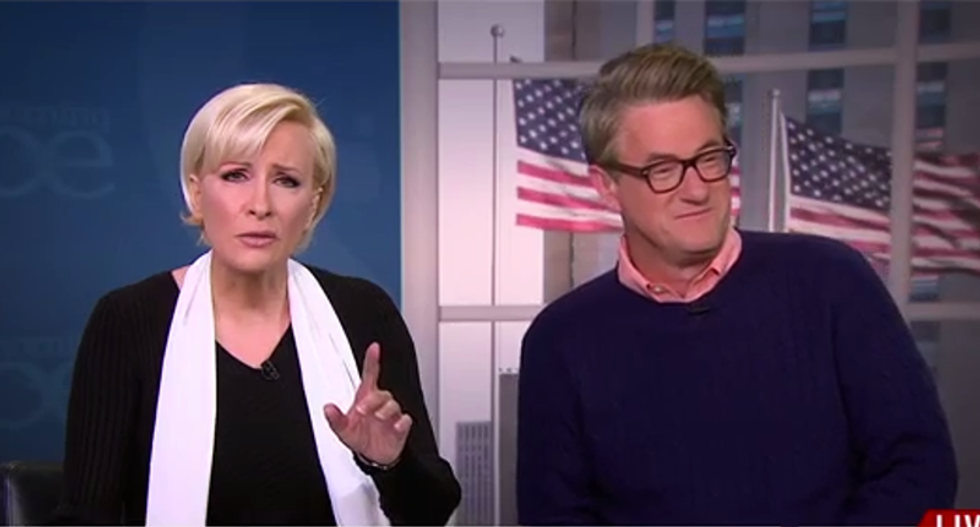 The most talked about comments from Monday's debate include former Miss Universe Alicia Machado and an accusation Hillary Clinton hurled at Donald Trump about his fat-shaming. Op-eds from women have popped up detailing a pattern of behavior where Trump seems to attack the way that women look.

"Morning Joe" co-hosts Mika Brzezinski and Joe Scarborough were shocked about Trump's statements 20 years ago, but more shocking is that Trump not only didn't deny it, he doubled down on how "fat" he says Machado got.

"That conversation went on and no one said to him, 'What?!'" Brzezinski exclaimed. "Excuse me, did you just say what?! Did you say she gained a lot of weight and that was a problem? I've never seen a more awkward interview in my life and quite frankly the most unfulfilling interview in my life."

Scarborough agreed, remarking that Fox News hosts looked uncomfortable. He was also shocked that after being faced with this in the Monday debate, Trump actually doubled down on Tuesday morning talking about how she was the worst contestant and gained weight. "That's just unbelievable," he said.

"Are you saying that the fact that this woman gained weight is a problem?" Brzezinski said. "Did you just say that?!"

In another segment, Scarborough talked about a moment from Bobby Kennedy's campaign for president, where he met an awkward young girl with freckles and missing teeth standing with her head down. Kennedy reportedly hugged her and complimented her on her freckles, which he said reminded him of his own daughter. In that moment, Scarborough argued, Kennedy was able to make people feel like they were all part of a community, "with a hug and some positive words."

The opposite has been the case with Trump, however, who Scarborough says attacks the weak and the vulnerable. "Whether it's a reporter with a disability, or whether it's a woman who's overweight, or whether it's somebody who just doesn't measure up to what his image is of what should be the superior race. It's one after another."

In a further segment, correspondent Katy Kay joined to promote her latest BBC op-ed on how personal and humiliating it is for a woman to have someone go off about her weight.

New York Times columnist Frank Bruni was shocked that the video of Machado working out was supposed to be when she was "fat," according to Trump. "To most human beings she looks perfectly lovely," he said, shocked that was what Trump considered to be "overweight."

Both co-hosts agreed that normal American women "working and raising kids" will find this offensive. Scarborough overheard women talking about it at parent-teacher conferences, asking, "That's fat?" Sarcastically, Scarborough said, "Good luck in the suburbs of Philly with working women, who don't have time to get unhealthy."

Brzezinski and Kay addressed the many women who got angry about Trump's statements and his double-down on Tuesday. "My daugthers, my friends, every woman I know, who has had issues with weight gain —" Kay began before Brzezinski jutted in to say that it describes "pretty much everyone you know."

"You know, we deal with it in a way that is personal and intimate and supportive of each other and this was so humiliating," Kay concluded.

Check out the videos on the topic below:

.@JoeNBC: Bobby Kennedy 'elevates' and 'lifts'... We have 'the opposite of that' with Trump's attacks https://t.co/PNfIMgGCGT

.@morningmika on Trump: He just got personal with America's female population https://t.co/wRGoA1hswv