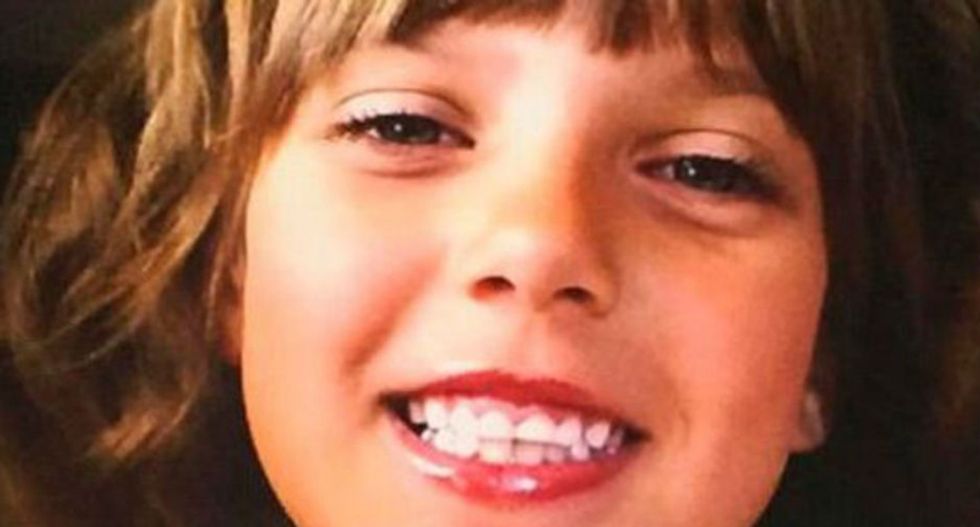 According to police in New Mexico, the mother of a 10-year-old girl found dismembered the day after her birthday actively sought out men to rape her daughter while she watched, reports the Albuquerque Journal.

According to a crime scene report, the body of Victoria Martens was discovered in a smoke-filled apartment, wrapped in a burning blanket and stashed in the bathtub. Police state, the child had no pulse, her left leg was almost completely cut off and both of her arms were missing. When police raided the apartment, they also discovered two adults with minor injuries, and captured a third who attempted to escape after jumping off a balcony.

In interviews with girl's mother, she admitted that her daughter was given methamphetamine to "calm her down," and that Gonzales had sex with her before choking her to death.  Gonzales has denied the accusation, saying Kelley killed the girl by stabbing and then dismembering her.

According to the police that night was likely not the first night the young girl was raped, with her mother admitting that she sought out strangers online and at her place of work to sexually assault her daughter -- before admitting that didn't do it for money and that she enjoyed watching.

Police state that Martens used the dating website Plenty of Fish to look for men and that it's possible that she also sought men to rape Victoria's younger sibling.

According to one investigator's notes, "Michelle said ‘yeah’ when asked if she would agree with them over the internet or over the phone that they would come over and have sex with her children."

Police authorities state that they are going through Martens' phone records looking for anyone else she may have contacted about assaulting her children.

All three suspects are being held on $1 million bond.