Pam Bondi: Returning Trump's money would have looked like I got caught taking a bribe 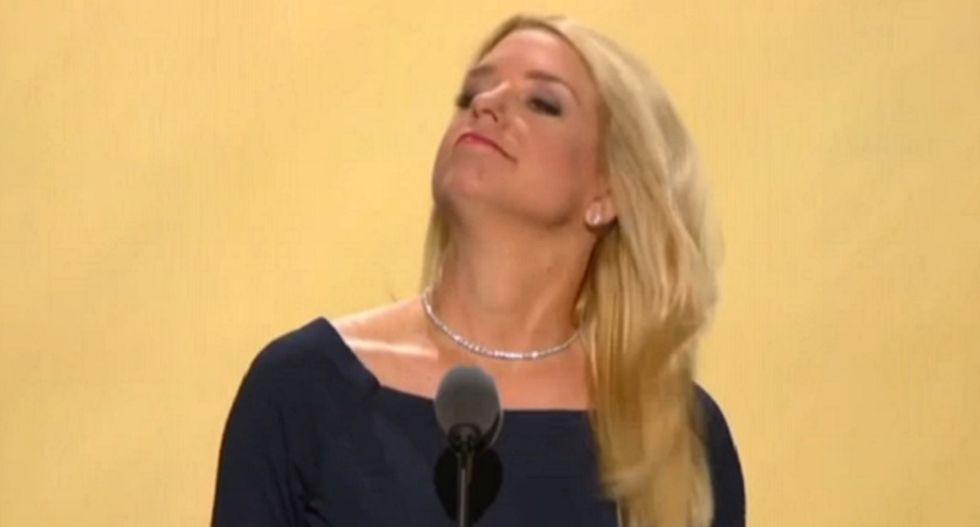 Florida's attorney general finally broke her silence on accepting a campaign contribution from Donald Trump and then promptly dropping her investigation of his phony university.

Pam Bondi addressed the ongoing scandal Tuesday morning in a news conference, where she blamed the media for placing her in a "damned if she does, damned if she doesn't" bind after Trump gave her $25,000, reported the Tampa Bay Times.

The attorney general said she had no regrets about taking the campaign donation she solicited from the real estate developer and reality TV star in August 2013, because she said she was certain she'd done nothing wrong.

"I just knew there was nothing improper," Bondi said. "I will never let money from anyone affect what I do. I'm proud of my office. I'm proud of the work that we do."

The Republican attorney general and Trump supporter has ignored requests for months to explain how her office handled the investigation into fraud claims against Trump University, which is being sued by former students who say they were duped.

Bondi insisted she would never trade campaign donations for special favors, and she accused the media of making it impossible for her to return Trump's money.

"If I had returned it, you would have reported, 'Bondi accepted bribe, got caught, and returned it,'" Bondi said. "There was nothing improper about it, so there was no reason to return it."

The 50-year-old Bondi, who has two years left in office, said she would not resign over the scandal -- which the Tampa Bay Times and Miami Herald have said should be investigated by federal authorities.

Complaints against Trump University were filed with the attorney general office's dating back to 2008, three years before Bondi took office, but she insists she knew nothing about them until the scandal consumed her second term.