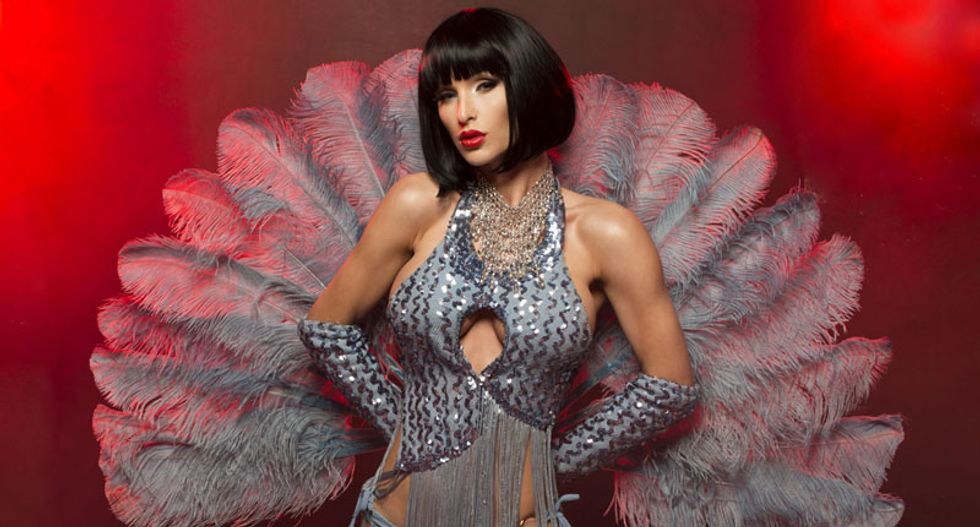 Woman in a burlesque show (Shutterstock)

An Idaho art gallery owner has run afoul of the law by serving alcohol during a burlesque show. The owner of Visual Arts Collective in Garden City, Idaho, was fined after two undercover police officers were served alcohol during the show—a violation of an Idaho statute that bans alcohol where “indecent activities” are taking place, according to Courthouse News.

The intrepid crime-fighters observed that “the employees of the Visual Arts Collective did nothing to prevent the exposure to viewing by others of the portion of some of the female performers’ breasts below the top of the areola or the cleft of their buttock in violation of Idaho Code Section 23-614,” according to court documents. The venue settled in court, paying a $8,000 fine, reports Boise Public Radio.

But the good people of Idaho may yet have to face the dangerous combination of partial breast exposure and alcohol: McDonald and the ACLU are suing the state, claiming that the statute is obscure and violates her first amendment rights.

“The whole artistic process has been a journey of self-discovery, of acceptance, of being able to share with other people who want to come on this journey—meaning the audience—and the [fact that] that is not OK is upsetting,” McDonald told BPR.

According to the owner of the establishment, the problem has since been resolved.