RNC head threatens Cruz, Kasich and Jeb: Get behind Trump or we can make your life miserable 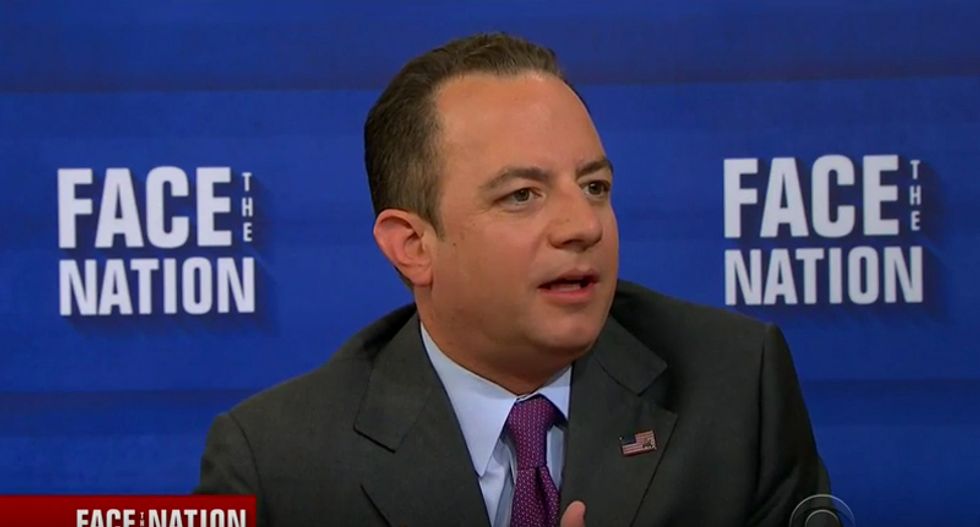 On Sunday, Republican National Committee head Reince Priebus made a not-so-veiled threat to GOP officeholders who have failed to back the party's presidential nominee: Get on the Trump train or get left behind when you run for office again.

Appearing on Face The Nation, Preibus told host John Dickerson that he expects to see big name Republicans who have failed to endorse presidential nominee Donald Trump hit the road and help win the White House.

"I think people need to get outside this Beltway and get on the road," Priebus explained. "This is probably one of the biggest movements as far as people across this country in modern history."

Priebus then darkly hinted that failure to fall in line could be costly to the likes of former GOP heavyweight candidates Jeb Bush, Ted Cruz and John Kasich who all signed pledges to support the eventual nominee.

"We're a private party. We're not a public entity. Those people need to get on board," he warned. "And if they're thinking they're going to run again someday, I think we're going to evaluate the nomination process, and I don't think it's going to be that easy for them. I think these are things that our party's going to look at in the process. I think people who gave us their word, used information from the RNC, should get on board."