Rob Reiner: Trump's campaign is 'the last throes of the Civil War' fighting for white nationalism 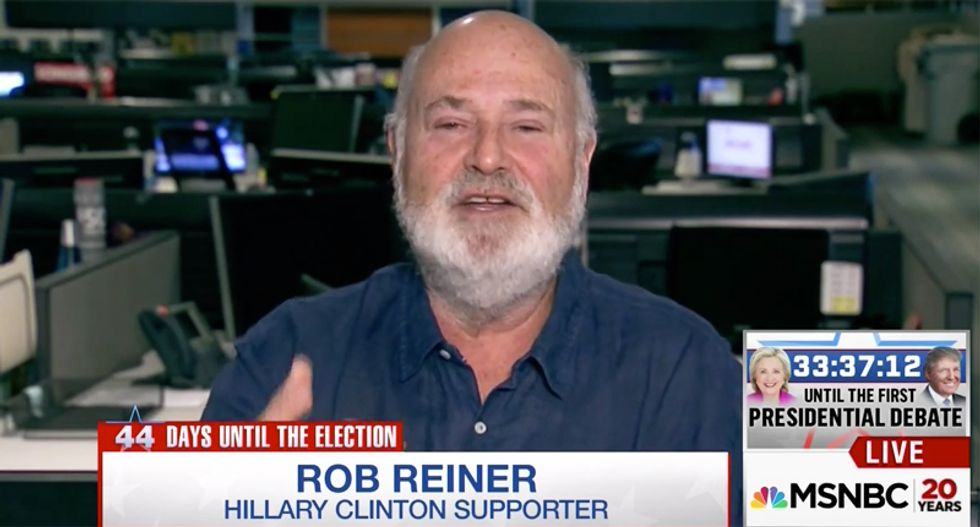 Director and activist Rob Reiner unloaded on GOP presidential nominee Donald Trump on Sunday morning, comparing his campaign to the last gasp of the Confederacy fighting for white nationalism.

Appearing on MSNBC's AM Joy with host Joy Reid, the two watched a mash-up of clips from Trump's speeches interspersed with the bigoted ramblings of All in the Family's Archie Bunker, before noting the almost word-for-word similarities between the presidential nominee and television racist.

Pointing out that racial issues that flared up in the '60s and '70s had become "submerged" since that time, Reiner took Trump to task for "giving a bullhorn to this racist idea."

"I believe that what we've done, what we've seen, is the last throes of the Civil War," Reiner explained. "We're fighting the last battles, and Donald Trump is leading the way for white nationalism. And it's sad because people are hanging on to this idea of a white America, immigrant-free America. It's scary and sad, but I believe we will win it."

Asked "What is the worst case scenario" of a Trump presidency, Reiner didn't miss a beat.

"The worst case scenario is the Supreme Court," Reiner replied. "People don't talk about it all that much because it's not a sexy issue. But the fact of the matter is, if he has one, two, three appointments, that could change the direction of this country in a scary way for thirty, forty years. And we're talking about civil rights, voting rights. We're talking about women's rights, all of these things could be effected by the Supreme Court in a profound way."

"As far as the economy is concerned, what makes you think he's going to be able to handle the economy?" he continued. "He's been a complete and utter failure as a businessman."