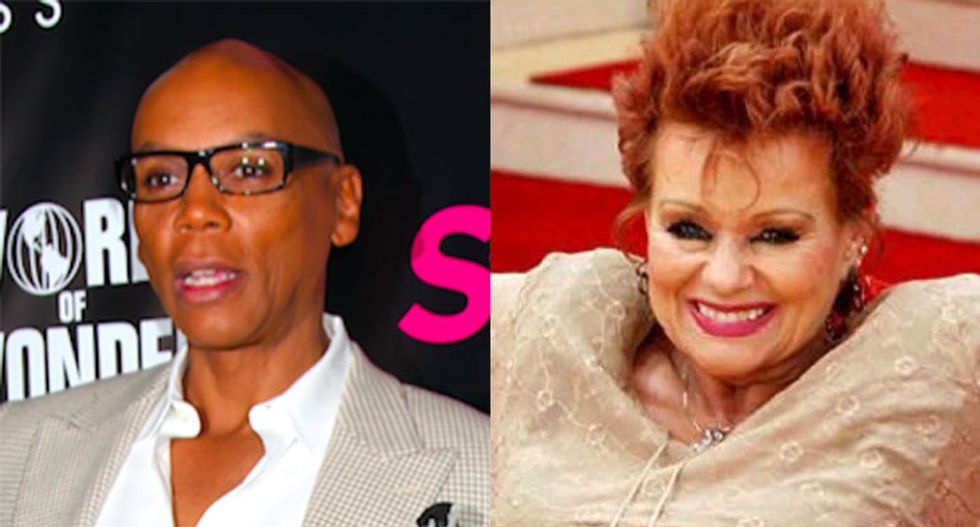 Drag superstar and reality TV impresario RuPaul Charles said this week that a vision of the late televangelist Tammy Faye Bakker -- who he met and interviewed in the late 1990s -- inspired him to see the good in people and to be a more forgiving person.

In an interview with Next magazine, the RuPaul's Drag Race star said that Bakker represents to him "the essence of the Pollyanna storyline" because she was all about "seeing the good in people."

"In fact, I have written about this," RuPaul -- who narrated a documentary about Bakker's life called Through the Eyes of Tammy Faye -- said. "Tammy Faye appeared in a dream of mine where she told me, 'Ru, focus on people’s innocence rather than their guilt.' Which is absolutely beautiful and I need to be reminded of that because that is what she was about."

Bakker, he said, took to heart the most generous and loving message of the Christian faith.

"That’s what she got from her life as a Christian is that we focus on the good in people," he explained. "Some people see Pollyanna as being ignorant and being not able to understand the complexities of life. But like Tammy Faye, Pollyanna is an ascended master. She understood the complexities of life. She understood both sides, the dark and the light. But she made a conscious decision to focus on the light which is really an elevated place to be."