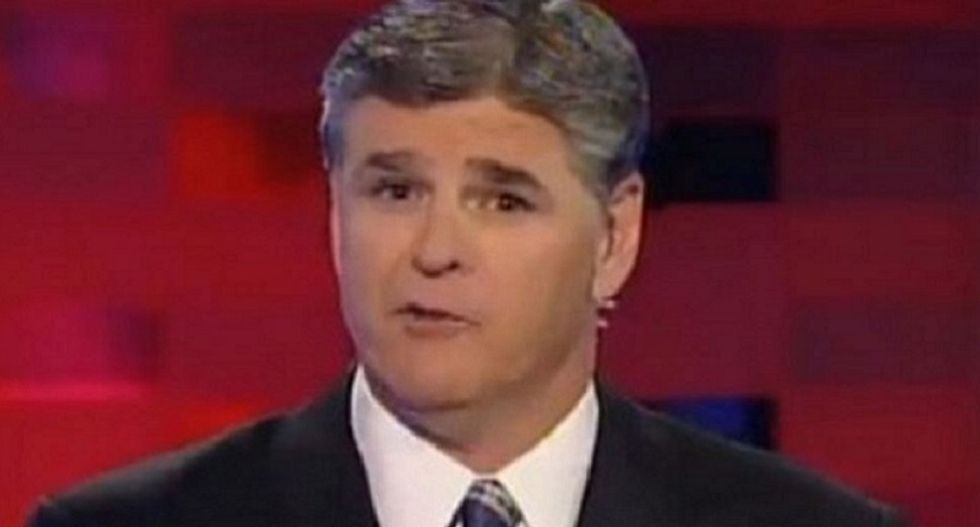 Audio posted by Media Matters captures Hannity saying during his radio show, "I understand that in this particular case Mr Crutcher has a long criminal history and appeared to be under the influence or so the police are charging."

"I looked up his history and I'm not seeing a lot of criminal history. We have something called the OSCN - the Oklahoma Supreme Court Network," Mills replied. "I was able to find a protective order from 12 years ago that was dismissed. I found a couple of financial things. There's no violent criminal history for Mr. Crutcher that I've been able to uncover."

Police in Tulsa, Oklahoma said that they found PCP inside Crutcher's car after Officer Betty Shelby shot and killed him late last week. His family's attorney, Benjamin Crump, responded by scolding officials, saying, "Don’t put out stuff that would demonize him and try to make him look like as if he was doing something nefarious. Put the entire story up."

The Chicago Tribune reported that, while Crutcher was in prison between 2007 and 2011 for drug trafficking, his only arrest for any weapons-related charges came in 1995, when he pleaded no contest to carrying a .25-caliber handgun and resisting an officer.

But on Wednesday, Hannity went from citing unidentified reports to saying he had "a source" within the department.

"How many warrants were out for [Crutcher's] arrest?" he asked Mills.

"I read that there was numerous warrants out for his arrest including one assault on an officer and drug trafficking," Hannity said. "Are those reports incorrect?"

"As far as I know they are," said Mills. "I have not seen any reporting on any warrants for Mr Crutcher and I certainly haven't uncovered any myself. There has been some misinformation floated. I'll tell you, we had a homicide detective say yesterday that they found some drugs in the car. That may or may not be the case."

"Our source said as much there too -- that they were found in his possession," Hannity responded, cutting Mills off. "Again, we have a source within the department that has given us some information, so I guess it's a matter of time of when they're gonna release this information."

Listen to the discussion, as posted by Media Matters, below.