Stephen Colbert: I haven't seen someone go blank like that since I was asked ‘Who is Gary Johnson?' 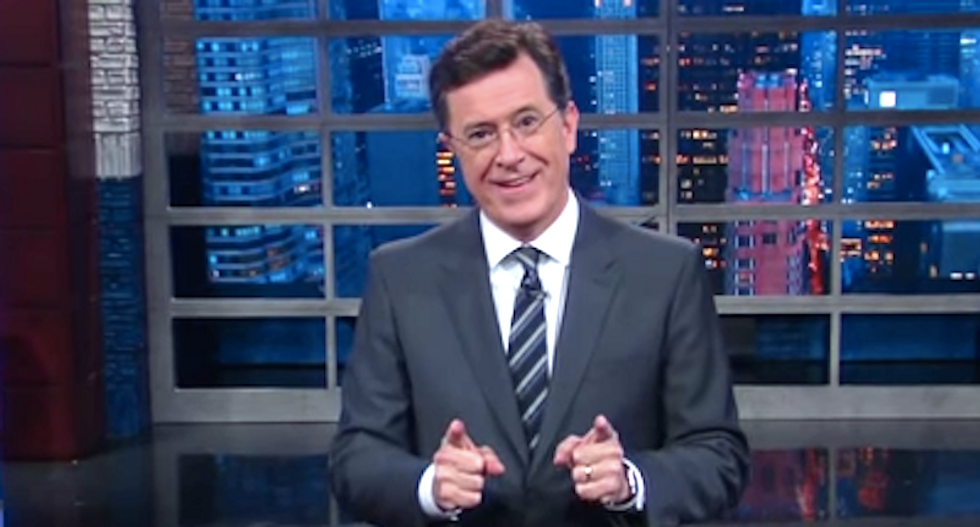 Stephen Colbert mocked Donald Trump's lies about his support for the Iraq War, but he saved his most withering criticism for Gary Johnson.

The Libertarian candidate blanked Thursday morning on MSNBC's "Morning Joe," where journalist Mike Barnicle asked him about his thoughts on Aleppo -- the epicenter of the Syrian civil war -- and Johnson had to ask what he was talking about.

"That is embarrassing," Colbert said. "I haven't seen someone go blank like that since I was asked, 'Who is Gary Johnson?'"

He also threw in a couple of jokes about Ammon Bundy, who's standing trial with his brother, Ryan, for their role in planning the armed occupation of an Oregon nature preserve.

The brothers have argued they should be allowed to wear cowboy boots and other western attire so they appear more "authentic" before jurors as they face federal charges.

Colbert joked they should be allowed to wear whatever they wanted, since judges dress in wizard robes.

"Personally, I think Bundy should be allowed to go to court dressed like a cowboy, so long as his defense team is made up of a construction worker, an Indian, a cop, a soldier and a biker," Colbert said, describing the Village People.