Stephen Colbert mocks Trump's health: He 'sounded like he was fighting off a cold with cocaine' 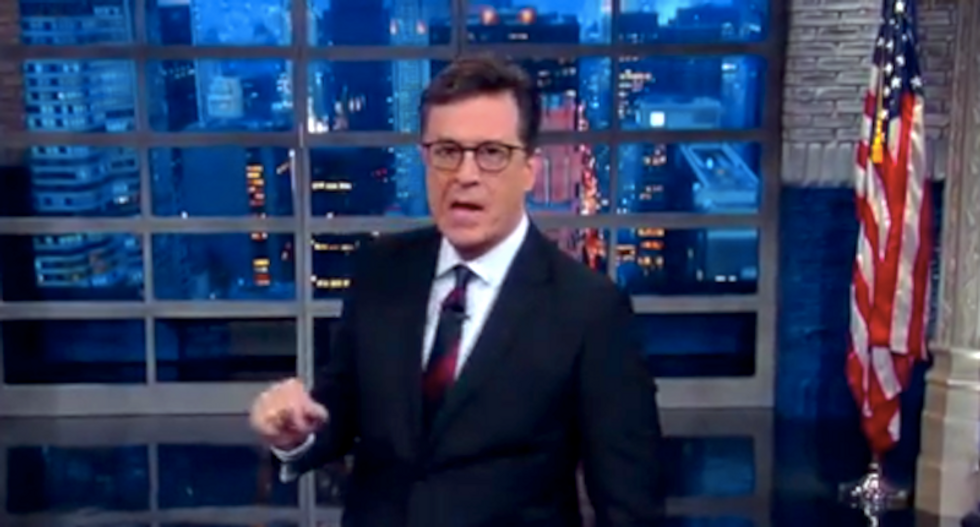 Donald Trump didn't prepare very much for Monday's first debate with Hillary Clinton -- and that was glaringly apparent to Stephen Colbert.

The "Late Show" host said the Republican presidential candidate prepared for the debate much the same way he came up with comedy material for his show -- by testing out "zingers" over cheeseburgers, hot dogs and Coca-Colas.

"He may not have prepared, and it looked like he didn't," Colbert said.

He said Clinton told the first lie of the evening when she greeted Trump by saying it was good to be with him, but Trump told the most boneheaded whopper when he denied calling climate change a hoax perpetrated by the Chinese -- which was easily refuted by his Twitter account.

"There's always the change that that tweet was created by the Chinese to make Trump non-competitive," Colbert said.

Republicans have been raising questions about Clinton's health, but Colbert said the constantly sniffling GOP nominee seemed a little under the weather.

"Trump sounded like he was fighting off a cold with cocaine," Colbert said. "He sounded like the coked-up best man in the bathroom at a wedding. He was like 'Scarface' -- but with more face."