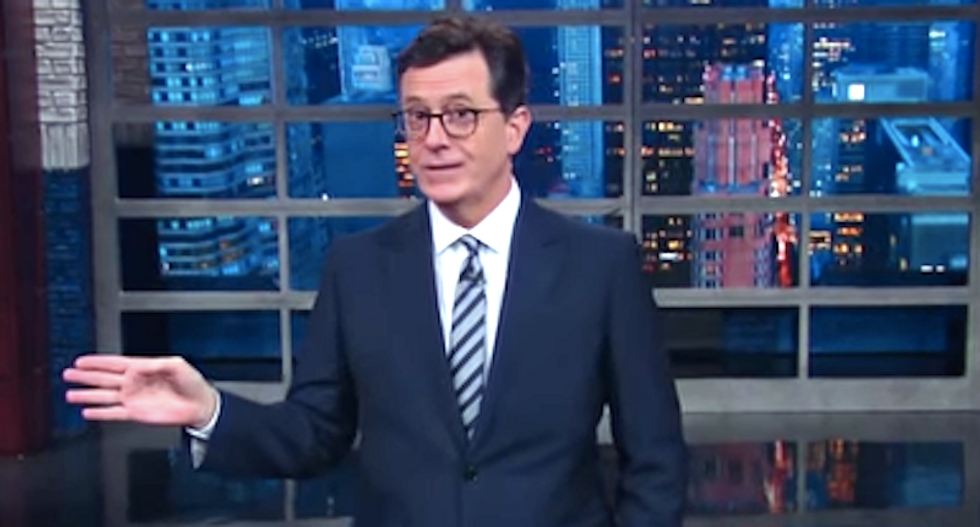 Stephen Colbert said his recovery from this week's presidential debate had lasted like a two-day hangover -- and just thinking about it made him want to drink.

Trump explained to his supporters that he'd gone easy on Clinton during Monday's debate because he didn't want to embarrass her.

"Yes, and it's true -- he did nothing to embarrass her," Colbert said, pausing ever-so-slightly before the last word. "Trump is always acting like such a gentleman. He holds doors for women, gives them the seat on the bus, does no debate preparation. You might call it the addled ramblings of a delusional demagogue, Trump calls it chivalry."

Clinton reminded voters that Trump had called a former Miss Universe fat when he owned the beauty pageant, and the Republican doubled down on his insults -- which Colbert said might hurt him with the "small special interest group of Americans who gain weight."

He suggested Trump's new campaign slogan could be: "Seriously ladies, you could lose a few pounds."

"That kind of brutal honesty takes courage, because Trump weighs 236 pounds, which at his height is technically obese," Colbert said.