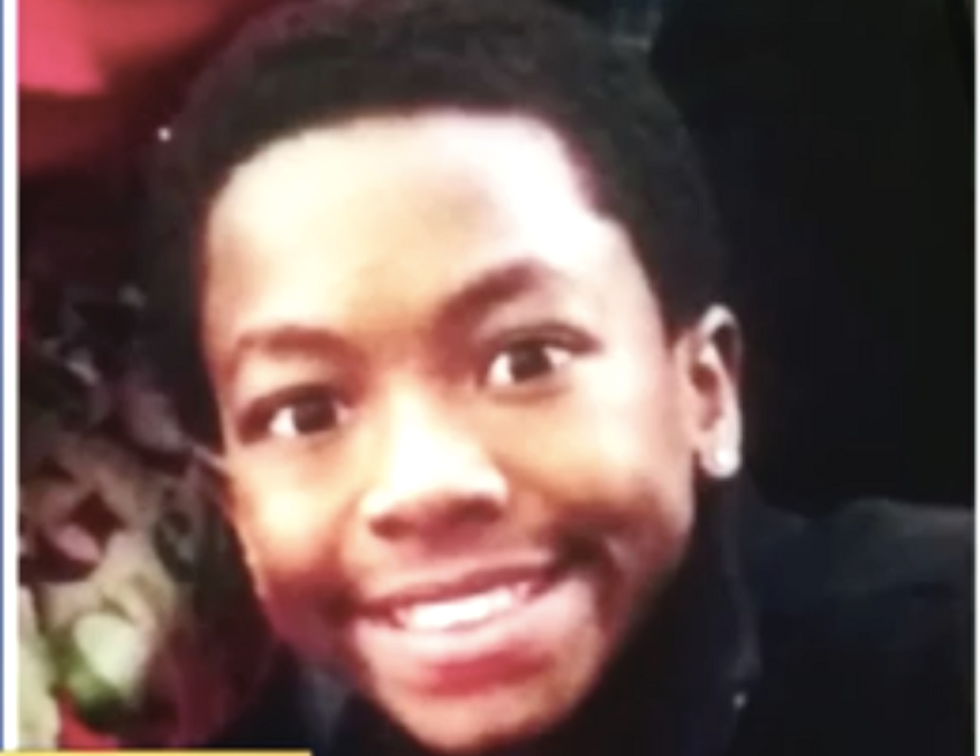 Tyre King, 13, was killed by police in Columbus, OH who believed that his BB gun was a real weapon (Screen capture)

Police made an arrest Saturday in the robbery case that resulted in the police shooting of a 13-year-old black Columbus, OH boy who was playing with a BB gun.

Officers are still searching for other members of a group of youths who are accused of robbing a pedestrian at gunpoint and fleeing the scene on Wednesday evening. When police arrived to chase the suspects, they ran into an alley between houses and encountered eighth grader Tyre King.

King reportedly removed a BB gun from his waistband. Police -- believing the toy was the weapon used in the robbery -- gunned the boy down, killing him.

“Officers followed the males to the alley...and attempted to take them into custody when one suspect pulled a gun from his waistband,” said a police statement. “One officer shot and struck the suspect multiple times.”

King was pronounced dead at 8:22 p.m. at Nationwide Children’s Hospital.

In a statement on Saturday, the Columbus Police Department said:

The robbery and police involved shooting that occurred on Wednesday, September 14, 2016, in the area of 27 Hoffman Street, is still under investigation by the Critical Incident Response Team.

Investigators continue to work tips regarding the initial robbery and have charged an individual in the robbery leading up to the police shooting. Demetrius Emanuel Lee Braxton, M/B/19, is charged with one count of Robbery, a felony of the second degree. Braxton was arrested today near Lane Avenue and State Route 315 at approximately 3:30 pm.

Investigators are still looking for other individuals who might have been with Braxton during the time of the robbery. Investigators believe those individuals may have information that will help piece together the events prior to the shooting of Tyre King. Anybody with information is encouraged to contact homicide investigators at 614-645-4624.